After David Cameron came under fire for lobbying in recent weeks, the Labour party has accused the government of a pattern of “sleaze”, centred on the Prime Minister. In a heated exchange in Prime Minister’s Questions on Wednesday, Labour Leader Sir Keir Starmer said there was “one rule for those who have the Prime Minister’s phone number and another for everybody else”. So what happened?

Private text messages published first by the BBC show communication between Boris Johnson and businessman Sir James Dyson at the beginning of the pandemic.

In them, Mr Johnson promised to “fix” tax changes the entrepreneur wanted to secure ventilator supplies amid concerns the UK wouldn’t have enough to cope with the wort of the pandemic.

Sir James wanted to ensure that Dyson workers returning to the UK to help with the pandemic response were not penalised by the tax system.

Sir James initially contacted the Treasury, but failing to get a response, he messaged the Prime Minister directly. 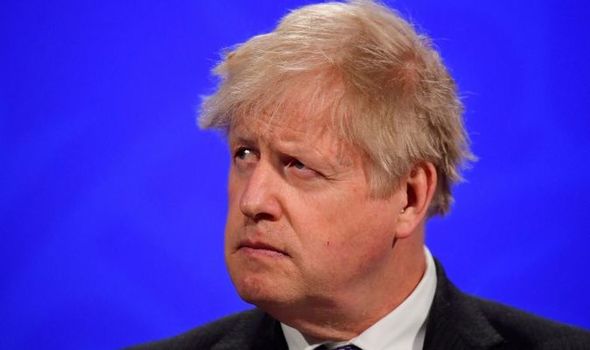 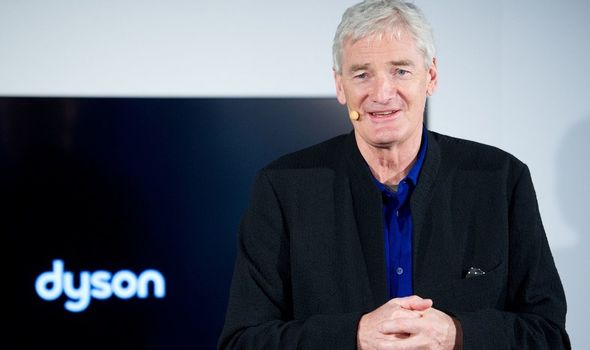 In the messages seen by the BBC, Mr Johnson told Sir James: “[Chancellor] Rishi [Sunak] says it is fixed!! We need you here.”

In a later text, Mr Johnson said: “I am First Lord of the Treasury and you can take it that we are backing you to do what you need.”

During PMQ’s, Sir Keir compared the way Mr Johnson responded to Sir James’ concerns with the government’s treatment of steelworkers, nurses and three million self-employed people who have been left out of coronavirus support schemes.

He claimed there was a “pattern to this government”. 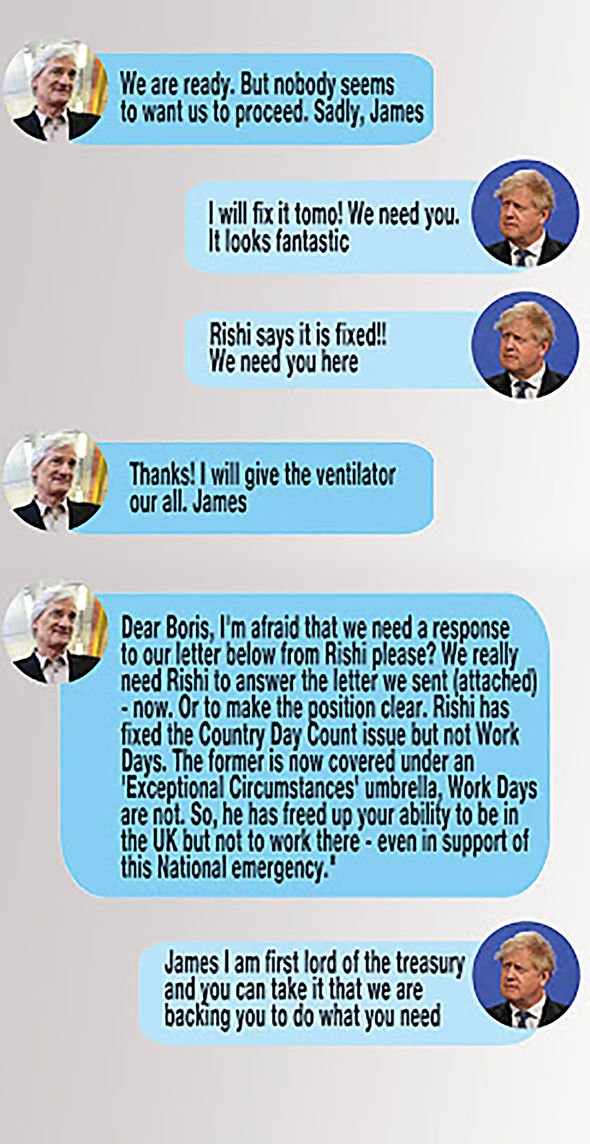 He said: “Every day there are new allegations about this Conservative government: dodgy PPE deals; tax breaks for their mates; the health secretary owns shares in a company delivering NHS services.

Mr Johnson defended his actions, insisting he had done the “right thing”.

He said: “I make absolutely no apology at all for shifting heaven and earth and doing everything I possibly could, as I think any prime minister would in those circumstances, to secure ventilators for the people of this country.”

The Prime Minister’s official spokesman said Mr Johnson had abided by the ministerial code, governing conduct in office, and had “informed officials in a timely manner” after his contact with Sir James.

SNP Westminster leader Ian Blackford called on Mr Johnson to reveal “how many more Covid contracts he personally fixed” and publish all personal exchanges on these contracts.

The Prime Minister said there was “absolutely nothing to conceal about this” and that he was “happy to share” the details with MPs “as indeed I have shared them with my officials immediately”.

The spokesman said No 10 was “pulling together that information it will be published shortly”. 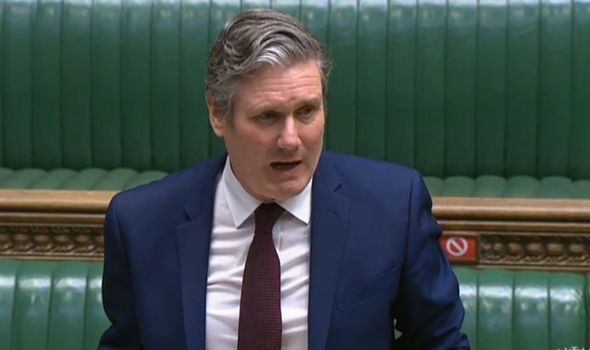 However, the government has since announced an internal inquiry into the leak of the private messages between Mr Johnson and Sir James.

In a statement, Sir James said he was “hugely proud” of Dyson’s actions in the pandemic.

He added that Dyson had not “any benefit from the project” and that the company had “voluntarily covered the £20m of development costs”.

“Not one penny was claimed from any government, in any jurisdiction, in relation to Covid-19.”