Monkeypox: All you need to know about the disease

The EU has only managed to secure 163,620 doses of monkeypox vaccine doses for the entire bloc, despite the European Commission creating a new health authority for emergencies after the COVID-19 vaccine fiasco. Brexit Britain, in comparison, has managed to order also as many vaccines as the Commission has for all its member states.

The EU executive created the new health body, HERA, after it failed to secure enough coronavirus vaccines at the same speed as countries like the US, Israel and the UK.

But the bloc does not seem to have learned from its mistakes as a new deadly epidemic could be on its doors before it is able to manage the monkeypox outbreak.

Tens of thousands of people have already been vaccinated in the UK, while in the EU doctors are having to turn away patients for the lack of doses.

On Tuesday, French health minister Francois Braun said a total of 2,171 people have been infected with monkeypox in the country. Mr Braun told parliament France was one of the first countries to start offering free vaccination against the disease and that 42,000 doses have been delivered so far.

France, which had already secured a lot of vaccines before the outbreak, has enough doses to vaccinate a target population of about 250,000 people, he added. 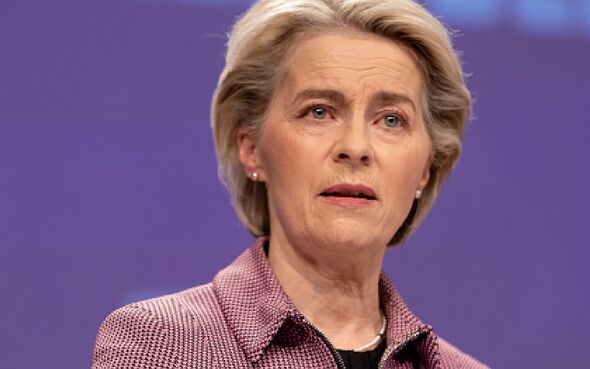 Germany, the only other country in the EU on top of vaccination rates, was able to secure more doses by bypassing the EU and ordering 240,000 vials on its own in May.

In Spain, two people have already died from monkeypox and around 2000 have so far tested positive in Madrid only.

The Spanish capital has only been able to administer 790 vaccines so far.

In Brussels, Dr. Jean-Christophe Goffard of the Erasme Hospital, told Politico: “The vaccine is not available in Belgium at the moment, despite the public announcements.

“These past two weeks, we’ve had a growing demand for tests…and close to 90 percent of the cases prove to be positive. We don’t have the impression that we are currently able to control the epidemic well.”

The virus is rapidly spreading across the bloc.

Cyprus recorded its first case of monkeypox on Tuesday.

Asked to explained HERA’s failure, an EU Commission spokesperson said: “HERA asked member states if they would like to receive additional support from the Commission to access additional vaccine doses, via a joint procurement.

“The procurement is currently being prepared.”

According to Politico, the delivery of vaccines is being “mired by infighting among EU countries”.

Worldwide, cases are now approaching 20,000. In response, the WHO (World Health Organisation) has declared monkeypox a global health emergency and issued new guidance.

In a bid to reduce the spread of the virus, the WHO has urged men who have sex with other men to reduce their number of sexual partners.

Speaking to the press, the head of the WHO Dr Tedros Ghebreyesus said: “For men who have sex with men, this includes, for the moment, reducing your number of sexual partners, reconsidering sex with new partners, and exchanging contact details with any new partners to enable follow-up if needed.”

The reason for the male specific guidance is because the majority of cases are happening in men who have sex with other men.

While most of these men are LGBTQ+, health authorities around the world have been quick to say that anyone can get monkeypox.

Monkeypox can be transmitted in a number of ways including large droplets or through touching the clothing or bedding of someone with the virus.

It is for this reason that health officials were concerned about music festivals acting as super-spreader events for the virus.

However, this has so far not proved the case.