The Prime Minister’s chief negotiator David Frost and his 100-strong team opened formal talks with Michael Barnier’s EU counterparts in Brussels on Tuesday ahead of what could be nine-months of bruising negotiations as they attempt to find common ground in a number of areas. Deep divides are already widening, particularly over the demands from the EU to abide by certain standards and access for its fishermen in UK waters. Mr Johnson has threatened to walk away from the negotiating table as early as June if he thinks a full deal cannot be agreed before the end of the transition period on December 31, leading to fears on a no deal Brexit.

But Ryanair boss Mr O’Leary has launched an extraordinary attack on the British negotiating team, warning a catastrophic collapse in talks could see Mr Johnson ousted as Prime Minister.

He told Politico: “The Brits have no negotiating f***ing power. This will finish in only two ways.

“The British walk away, in which case they’ll be abandoned and there will be no food in the supermarket f***ing shelves.

“There will be riots in the streets and Boris Johnson will be out of power. Or they will roll over. They will sell whatever deal they can f***ing do.”

Talks over a post-Brexit free trade agreement will continue until Thursday, with the latest round of talks set to take place in London later this month. 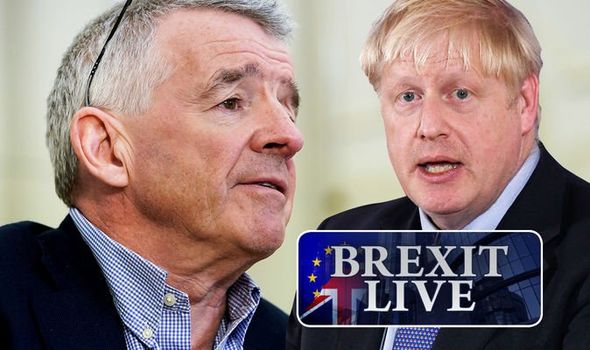 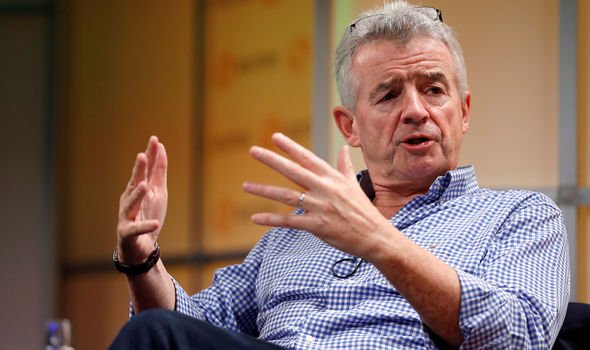 8.31am update: US trade deal will do more harm than good to UK economy – study

More than half of the world’s supply chain managers fear at post-Brexit trade deal with the US will do more harm than good to the UK economy, according to a new survey.

A study by the Chartered Institute of Procurement & Supply (CIPS) found found more than two-thirds (70 percent) of supply chain professionals with international suppliers are worried UK standards could be sacrificed in any agreement with the US.

Just over half (54 percent) believe a transatlantic accord could do “more harm than good”.

The Government published its negotiating mandate for trade talks with the US on Monday, which estimated the UK economy would grow by 0.16 percent (£3.4billion) following a post-Brexit trade deal with the US.

CIPS chief economist John Glen said: “By the end of 2020 we may well have new trade deals with the EU and the US, but the question from the UK supply chain profession is loud and clear — at what cost?

“It is highly likely that negotiators from the US and elsewhere will call on the UK to water down consumer protections and quality standards to open the door to foreign competitors.”

CIPS researchers interviewed 1,176 supply chain managers for the study between February 3 and 8. 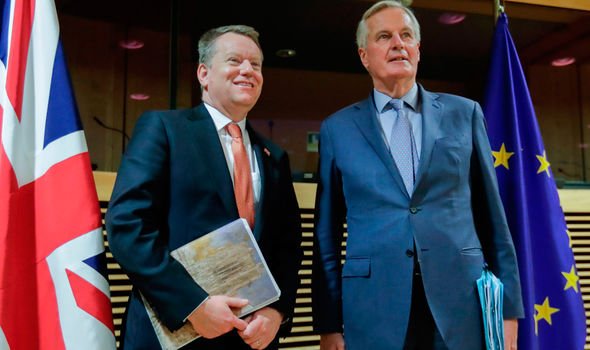 8.10am update: ‘We’re back!’ Brexit Britain to lead the world – Truss delivers barnstorming speech at WTO

Liz Truss declared “Britain is back” yesterday, as she made the first speech by a British minister at the World Trade Organisation since the UK became a member in its own right.

The UK has re-taken it seat at the table of the international organisation following Brexit.

In the historic speech the International Trade Secretary hit out at industrial subsidies and state-owned enterprises.

Announcing that “Britain is back”, the cabinet minister used the address to position the UK as a world leader in setting standards in areas such as services and digital, and ensuring the WTO takes advantage of the digital revolution powering the global economy.

She told WTO members the UK wants to “turn the rise in protectionist measures around”, adding: “The more we allow people to shape their own lives, remove barriers to enterprise within and between nations, and allow human ingenuity to flourish, the more rewards we will all reap.

“So, we will work with all nations that share this multilateral vision, to lead the defence of free, fair, rules-based international trade, pioneering a route to prosperity that lies through working together, not protectionism.”