Rishi Sunak will unveil his 2021 budget to the Commons this lunchtime, when he is expected to announce sweeping changes for the UK’s financial services industries. The move will be an attempt to reaffirm London’s standing as a leading financial hub and counteract the EU’s attempts to draw companies back to the bloc.

Mr Sunak is poised to make the City more “agile”, in a bid to make London more attractive for firms in the post-Brexit era.

The Chancellor wants to ensure London is better placed to compete with leading financial centres, such as New York, Frankfurt and Amsterdam by announcing new regulatory freedoms. 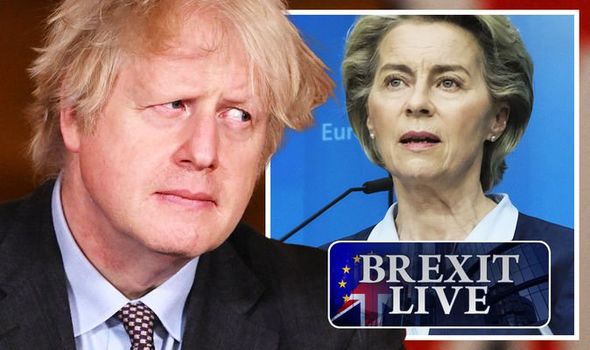 As well as unveiling his new budget today, Mr Sunak is expected to make public a review led by Lord Hill – the former EU financial services commissioner, according to the Financial Times.

The document is expected to outline a number of changes to make the city better set for future growth.

This move is likely to be in response to the EU’s attempts to draw firms away from London.

Last week Bank of England governor Andrew Bailey said the EU appears to be exerting regulatory pressure on financial firms to quit London and move their operations to Europe.

He branded the move as a “very serious escalation” and said it is of “dubious legality”.