Cressida Dick defended by Malthouse after police clash at vigil

In a surprising step, campaigners from across the political spectrum have turned on Home Secretary Priti Patel and Boris Johnson. This afternoon MPs will debate a new policing Bill which will have radical implications on the right to protest in Britain.

It includes plans to give police more powers to tackle non-violent protests which cause significant disruption to the public or on access to Parliament.

Powers would be also given to the police to ban protests which may result in “serious public disorder, serious damage to property or serious disruption to the life of the community”.

Campaigners are concerned it means the high profile pro-Brexit and pro-EU demonstrations that have taken place since 2016 would be banned.

They have accused the Bill of suppressing the right to speech. 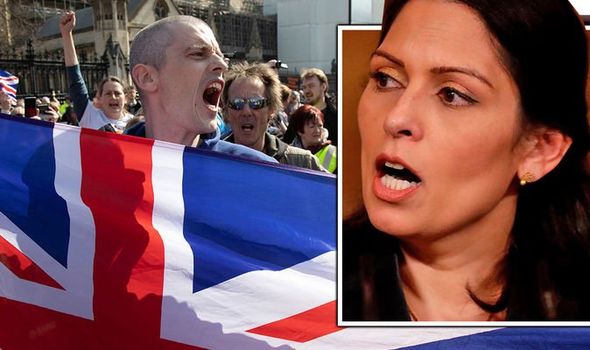 On an open letter, the Brexiteers and Remainers said despite their “different political views”, they “stand shoulder to shoulder to defend our right to express these views”.

They added “the role of Government and the police should be to facilitate the organisation of demonstrations such that people are able to participate safely and legally”.

The plans amount to “actions of authoritarians” according to the signatories.

Pro-Brexit campaigner Richard Tice, leader of the Reform UK party (formerly the Brexit Party) said: “We are deeply concerned that the most authoritarian government in living memory is rushing through new laws which will restrict and prevent legitimate peaceful protest in Westminster.

“There is no proper scrutiny of this Bill, nor appeal mechanisms. 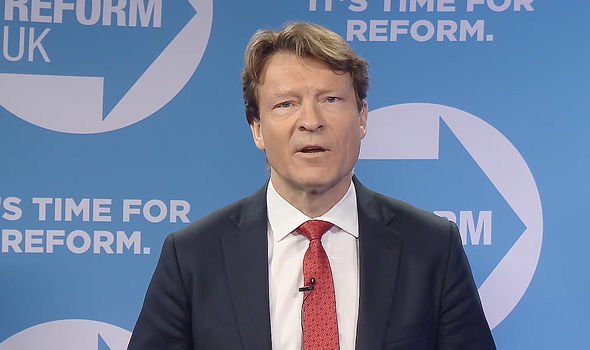 “The fact that our groups, from opposite sides of debates come together is a clear sign of our concern for democracy in the UK.”

Tom Brufatto, co-director of March for Change and former People’s Vote campaign demonstration organiser said: “The Government is using this bill to rush through curbs on its own citizens’ right to engage in the democratic process.

“Peaceful protest is an essential part of political debate in any democracy, yet this legislation could make it impossible for millions of people to protest safely and legally right where it matters the most. 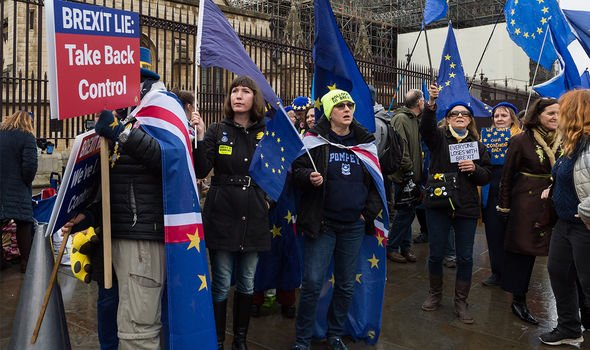 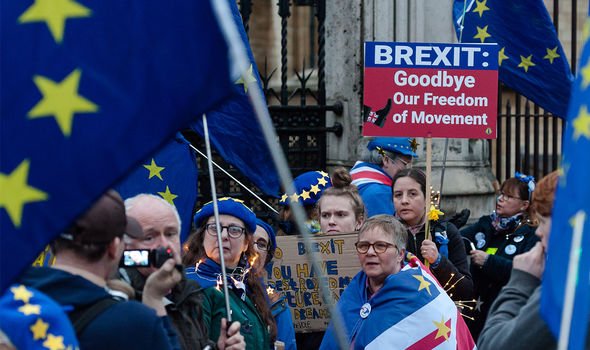 “So long as our laws are made in Parliament, then people should continue to be able to protest them on Parliament Square.

“Just like we were able to do in recent years.”

MPs will debate and vote on the Bill later today.

Policing minister Kit Malthouse has defended the proposals put forward by the Government, saying they would have a minimal change to the right to protest.

He said ministers were proposing “quite mild” changes to public order laws which have not been updated since the mid-1980s to remove “anomalies and loopholes” so conditions on marches and processions also apply to static protests. 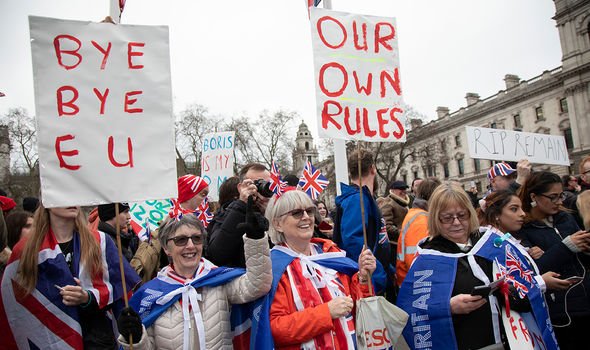 Mr Malthouse said this was “taking steps to protect the operation of our democracy” to stop those seeking to prevent others from attending court or voting in the House of Commons.

Protest and freedom of speech was “absolutely fundamental to our democracy” but has to be “balanced” against the rights of others and the operation of democracy, which is “even more vital”, he added.

The wide-ranging Bill also includes plans to bring in tougher sentences for child killers and those who cause death on the roads, longer jail terms for serious violent and sexual offenders, and expand child sex abuse laws to ban religious leaders and sports coaches from having sex with 16- and 17-year-olds in their care.

Labour, the Lib Dems and SNP have all vowed to vote against the Bill when it is voted on tonight.