LOS ANGELES (Reuters) – The death toll from coronavirus in the United States rose to 12 on Thursday with the latest fatality recorded in King County, Washington, and 53 new cases broke out across the country, striking for the first time in Colorado, Tennessee, Texas and San Francisco.

A helicopter flew testing kits to a cruise liner idled off the coast of California and barred from docking in San Francisco after at least 35 people developed flu-like symptoms aboard the ship, which has been linked to two other confirmed cases of COVID-19.

Twenty new cases of the virus were confirmed in King County, Washington, local health officials said, bringing the total in the county to 51 with 11 deaths. One death has been recorded in California.

“This is a critical moment in the growing outbreak of COVID-19 in King County,” the county said in a written statement, referring to the respiratory disease caused by the virus.

“All King County residents should follow public health recommendations. Together, we may potentially impact the spread of the disease in our community,” it said.

Many of the cases in Washington state have been linked to an outbreak at a nursing facility in the Seattle suburb of Kirkland, including six deaths.

Alphabet Inc’s (GOOGL.O) Google on Thursday joined Amazon.com Inc (AMZN.O), Facebook Inc (FB.O) and Microsoft Corp (MSFT.O) in recommending employees in the Seattle area work from home, after some were infected with the coronavirus. The companies’ work-from-home recommendation will affect more than 100,000 people in the area.

New York Governor Andrew Cuomo said the number of cases in that state had doubled to 22 after the federal government approved its use of additional laboratories, boosting testing capacity. Cuomo told a press conference that total would likely “keep going up.”

Of the new cases in New York, eight are connected to a Manhattan lawyer who lives in Westchester County and was previously diagnosed with the virus, two are in New York City and one in Nassau County.

Texas confirmed its first three coronavirus cases and Tennessee and Colorado each reported one, bringing the number of affected states to 16.

More than 3,200 people worldwide have died from the respiratory illness that can lead to pneumonia.

The U.S. Centers for Disease Control and Prevention (CDC) early on Thursday reported 149 confirmed and presumed U.S. cases. Those numbers are presumed not to include the 53 new cases reported on Thursday.

The U.S. Senate on Thursday passed an $8.3 billion bill to combat the outbreak 96-1, a day after the House of Representatives overwhelmingly approved it. The bill now goes to President Donald Trump for his signature.

More than $3 billion of the approved funds would be devoted to research and development of coronavirus vaccines, test kits and treatments. There are currently no approved vaccines or treatments for the illness that began in China and has infected more than 95,000 people in some 80 countries and territories.

Mayor Bill de Blasio told a news conference the new cases in New York City – a man in his 40s and a woman in her 80s – were critically ill and being treated in hospitals. Both had “substantial” pre-existing health conditions, he said. 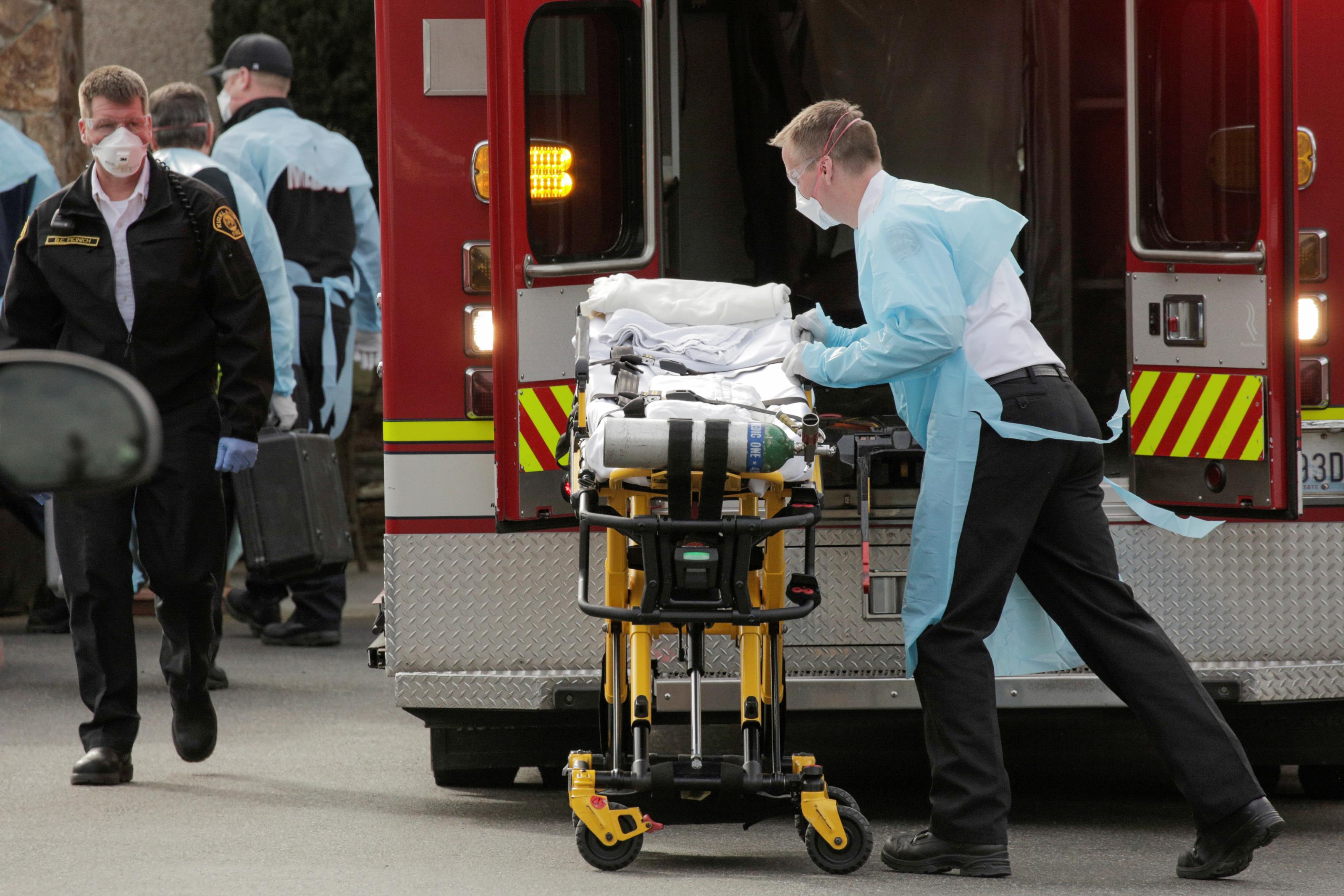 Neither person had recently visited any other affected countries or had any connection to other confirmed cases, suggesting the city is confronting local person-to-person spread.

California, which has declared a statewide emergency in response to the outbreak, reported six new cases, including two in San Francisco also deemed likely to be a result of “community transmission,” local health officials said.

U.S. health officials say they expect to be able to get enough privately manufactured coronavirus tests – around 1 million – to public laboratories this week with the capacity to test about 400,000 people.

CDC official Anne Schuchat said her agency would also supply kits by the end of the week that could test around 75,000 people.

“Right now, it is a challenge if you are a doctor wanting to get somebody tested,” U.S. Health and Human Services Secretary Alex Azar told reporters following a briefing with lawmakers.

Vice President Mike Pence, who is leading the U.S. response, urged Americans not to purchase masks if they are healthy to free up supply for healthcare workers and people who are sick.

“Unless you are ill, you have no need to buy a mask,” Pence said on a visit to Minnesota’s 3M Co (MMM.N), which has ramped up production of masks to help respond to the coronavirus.

“The risk to the average healthy American from contracting coronavirus remains low,” Pence said, adding that “there will be more cases,” especially among more vulnerable populations such as seniors and those with chronic health conditions. 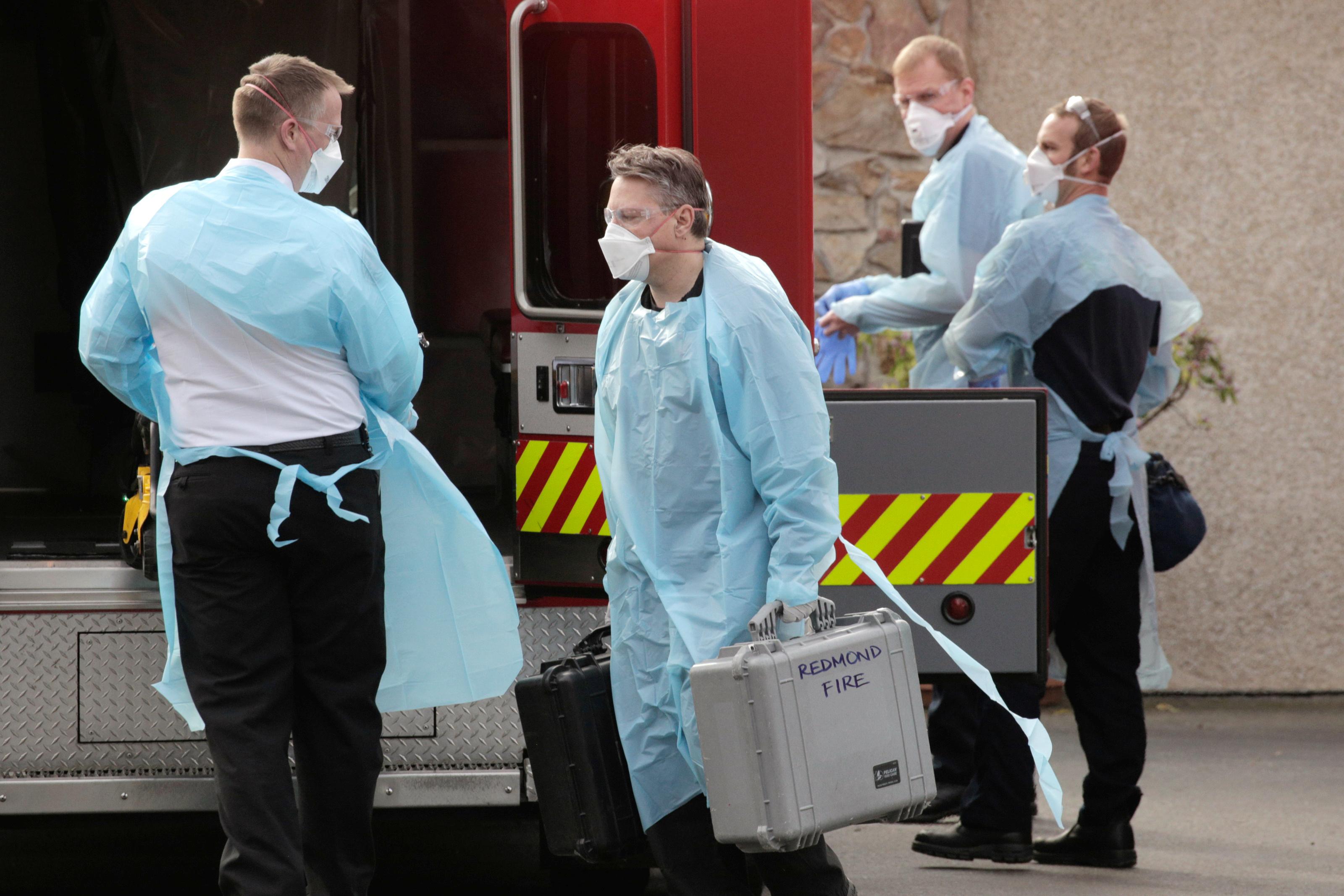 Global equity markets tumbled as coronavirus cases outside China mounted, fuelling warnings that economic growth is likely to reach its weakest level since the global financial crisis a decade ago.

The main U.S. stock indexes closed down more than 3% with the Dow falling 969 points.

(Graphic: Tracking the spread of the novel coronavirus – here)