Czech president rushed to hospital after meeting with PM 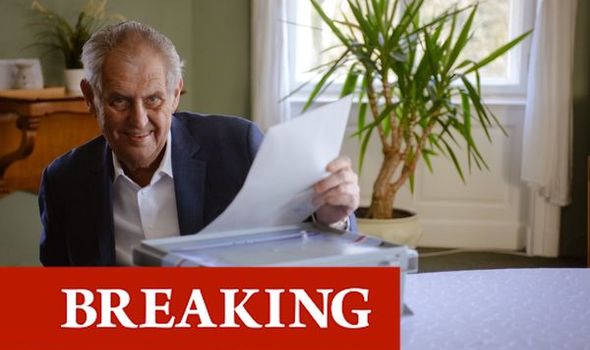 Miloš Zeman was admitted to hospital after cancelling a live TV interview planned for Sunday after Saturday election.

Mr Zeman, who is currently serving a second term in office, had been due to meet Prime Minister Andrej Babiš, whose centrist party has narrowly lost the parliamentary election.

His office had earlier announced that Zeman, 77, would forgo the custom of voting publicly this time, instead casting his ballot away from the media gaze at the presidential retreat outside the capital Prague.