The president’s son shared a viral video which accuses Dr Fauci of ‘suppressing’ the use of hydroxychloroquine. 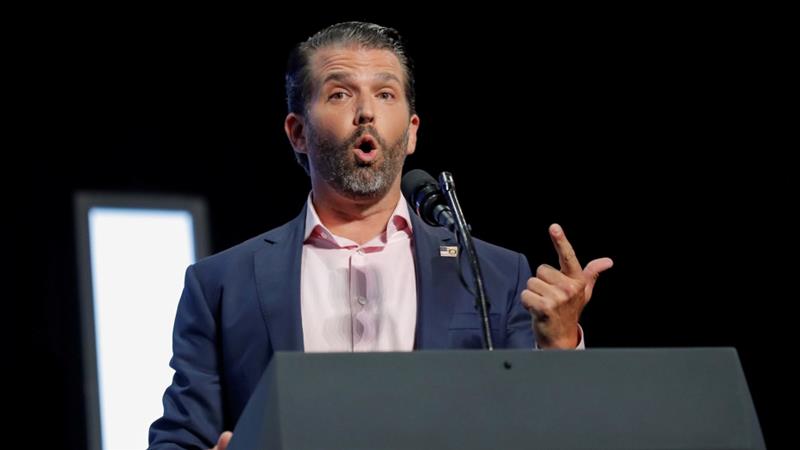 The eldest son of United States President Donald Trump had posted a video on Monday of doctors talking about the drug hydroxychloroquine, that was removed by Twitter.

The video was also taken down by Facebook Inc and Alphabet Inc-owned YouTube after racking up millions of views, for breaking their rules on COVID-19 misinformation.

President Trump also retweeted a post late on Monday containing a link to the video and accusing Dr Anthony Fauci, the nation’s top infectious disease expert, and Democrats of suppressing the use of the drug hydroxychloroquine to treat the novel coronavirus.

“It is beyond the pale for Twitter to silence someone for sharing the views of medical professionals who happen to dissent with their anti-hydroxychloroquine narrative,” said Andy Surabian, a spokesman for the president’s son, after sharing a screenshot that said Twitter had temporarily limited @DonaldJTrump Jr’ s ability to tweet, retweet or like content.