EU showdown: Merkel and Macron square off in battle for Brussels – with Brexit major issue

The French President will meet the German Chancellor at his medieval summer retreat to tackle the most pressing issues facing the Brussels project. Sources close to both leaders said they would also discuss Lebanon, anti-government protests in Belarus, the coronavirus pandemic and tensions between Greece, Cyprus and Turkey. Mrs Merkel, who holds the EU’s rotating presidency, is keen to cement her legacy as a true European powerhouse as the 15 years in charge draws to an end.

It is understood she will use the rest of the year to drive through significant changes to define the bloc’s future.

Whereas Mr Macron is hoping to succeed the German as the EU’s most influential leader when she eventually steps down from high office.

A German government source said: “Both are aware that the EU is in a crucial period and that France and Germany – even though they have different views on lots of issues – have to stick together.”

A French official added: “This visit is testimony to the exceptional level of Franco-German engagement on the bilateral, European and international level.” 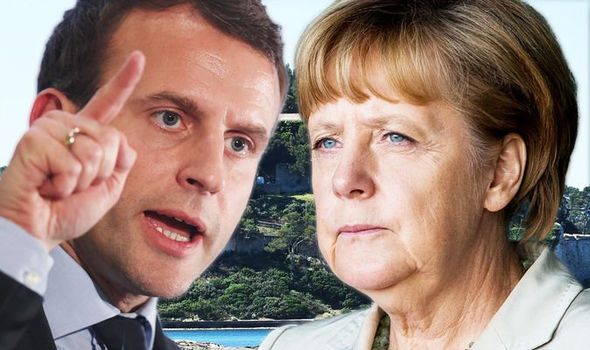 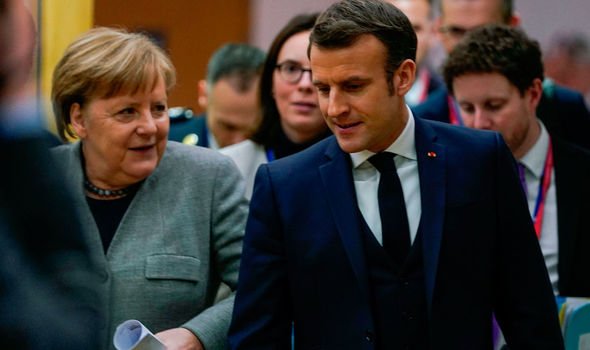 One key role both leaders will play is defining the bloc’s post-Brexit direction after a trade deal with Britain is concluded at the end of the year.

The UK is set to leave the single market and customs union when the transition period expires on December 31.

Both sides are still wrangling over the terms of their future relationship with much of the deadlock caused by Mr Macron’s hardline demands, such as maintaining status quo access to Britain’s fishing grounds and a regulatory level-playing field.

Mrs Merkel, however, is expected to play the role of dealmaker when Michel Barnier, the EU’s chief Brexit negotiator, presents the compromise deal to leaders this autumn. 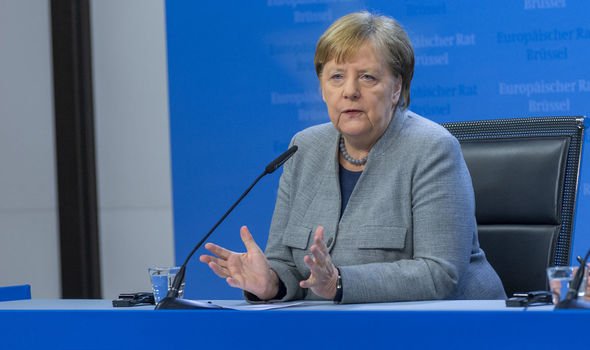 Fort de Bregancon, the French President’s official summer retreat on the Mediterranean coast, is no stranger to crunch Brexit talks.

In 2018 it hosted negotiations between Mr Macron and Theresa May as the former prime minister jetted in a bid to enlist the President’s help with divorce talks.

The last German chancellor to visit the 13th-century fort was Helmut Kohl, at the invitation of then-president Francois Mitterrand in 1985. 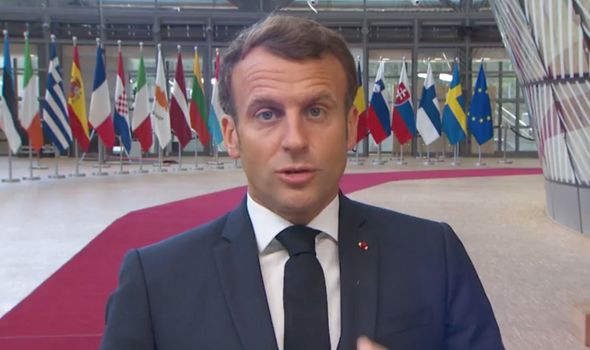 He hasn’t met with Mrs Merkel since the ill-tempered Brussels summit to decide on the EU’s next seven-year budget and a €750 billion pandemic recovery fund.

In an effort to secure the bloc’s future, Paris and Berlin teamed up to devise the plans eventually used by the European Commission’s Ursula von der Leyen to issue grants and loans to the hardest hit economies and regions by the coronavirus crisis.

The EU yesterday held leadership talks to agree on a sanctions package for those involved in electoral fraud in Belarus.

European Council President Charles Michel said the bloc does not recognise the result of a controversial election which saw incumbent president Alexander Lukashenko secure 80 percent of the vote.

Mr Michel said: “The EU will impose shortly sanctions on a substantial number of individuals responsible for violence, repression and election fraud.”

Both Mr Macron and Mrs Merkel supported the bloc’s crackdown, but insisted there should be no external intervention.

The German said the EU stood on the side of peaceful protestors against President Lukashenko’s rule and that a national dialogue should take place.

“For us it is clear that Belarus must find its own path, that must happen via dialogue in the country and there must be no intervention from outside,” she said.