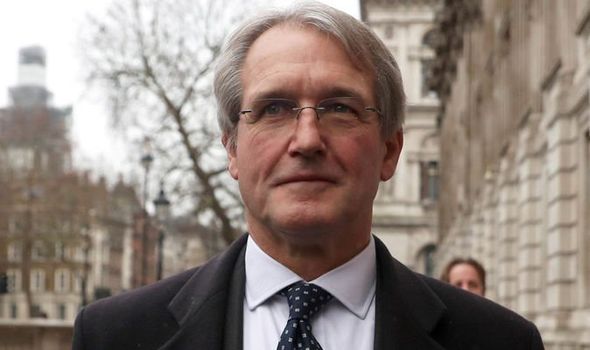 The Conservative MP is facing a month-long ban from the Commons after the investigation found he had breached lobbying rules. Mr Paterson “repeatedly” contacted ministers and officials on behalf of two companies he was paid by in an “egregious” breach of the rules, said the Commons Standards Committee. But he issued a furious denial and said the way the investigation was carried out “undoubtedly played a major role” in his wife Rose’s death in June last year.

Mr Paterson insisted the matters he raised in the discussions were “serious” concerns about the contamination of milk and ham with banned carcinogenic substances and “lives will have been saved” as a result.

Mr Paterson said the probe did not “comply with natural justice” and that a “fair process would exonerate me”.

He added that nobody will know definitively what drove his wife to suicide, “but the manner in which this investigation was conducted undoubtedly played a major role”.

She would ask “despairingly every weekend about the progress of the inquiry” and was convinced it would go to “any lengths to somehow find me in the wrong”. The North Shropshire MP said his wife “felt beleaguered” and was convinced he would be forced to quit and she would have to resign as chairman of Aintree Racecourse and as a Jockey Club steward.

A senior Tory MP said: “The way Owen has been treated during this process has been appalling. Justice needs to be swift.”

Labour’s Chris Bryant, who chairs the committee, said: “I would urge everybody to read the report in full with a fair and open mind.”

Parliamentary Commissioner for Standards Kathryn Stone found Mr Paterson made 14 approaches to ministers and the Food Standards Agency linked to either Randox – a clinical diagnostics company – or Lynn’s Country Foods.

Ms Stone also found he breached rules by using his parliamentary office for business meetings with his clients on 16 occasions and sending two letters relating to his business interests on Commons notepaper. The committee recommended that a motion to suspend Mr Paterson for 30 days should be tabled for MPs to vote on.

If the Commons backs the recommendation, it could trigger a by-election.