Brexit is a 'failure of political system' says William Hague

The crisis began in November after Ethiopia accused former leaders of the Tigray People’s Liberation Front, or TPLF, of ordering an attack on an Ethiopian army base in the region. Eritrean soldiers, who have teamed with Ethiopia in the conflict, are allegedly brutally gang-raping women, killing civilians, looting hospitals and blocking food and medical aid, Associated Press reports.

But the former Foreign Secretary who set up the preventing sexual violence in conflict initiative (PSVI), which is led by the Foreign Office, said the “barbaric crimes against women must stop.”

The Peer added: “These are not the actions of a few errant troops.

“They occur on a mass scale because they are part of the deliberate destruction of a civilian population.

“Many of the survivors never speak of what has happened to them, living in shame, rejection and humiliation. 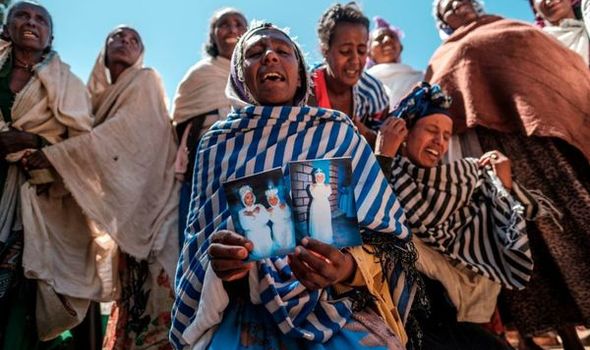 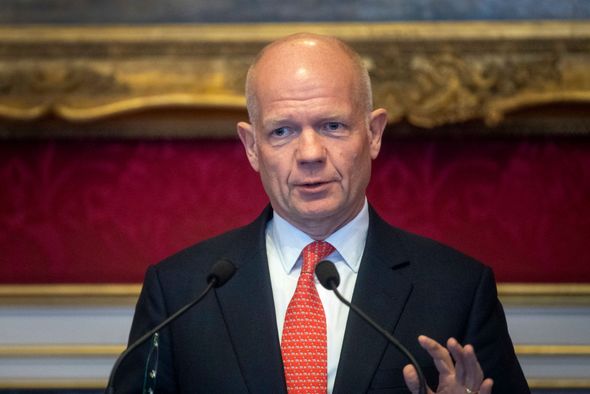 “It is hard to believe that more energy cannot be mustered to combat heinous crimes committed on a huge scale.”

Lord Hague said he had been made aware of “disturbing examples” of women being “repeatedly raped” next to the “bodies of husbands or brothers who had tried to protect them”.

Survivors of rape, officials and aid workers told AP that Eritrean soldiers have been spotted far from the border, deep in eastern and even southern Tigray, sometimes clad in faded Ethiopian army fatigues.

Rather than leaving, witnesses say, the Eritrean soldiers now control key roads and access to some communities and have even turned away Ethiopian authorities at times. 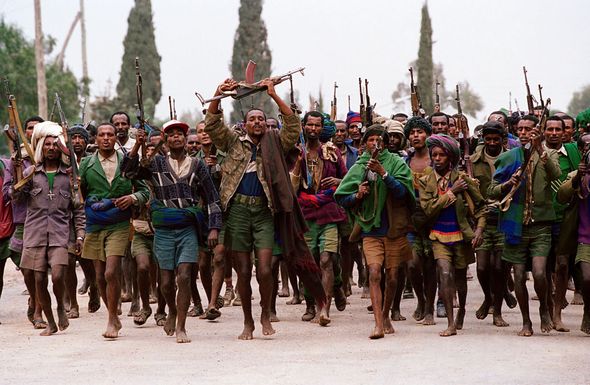 Lord Hague claimed the soldiers’ actions were part of a “deliberate destruction of a civilian population”.

The Tory Grandee who set up PSVI with Hollywood actor Angelina Jolie has also called for officials in the scheme to be able to access Sudan, where the problem is also common in the Darfur conflict.

Writing in the Times, he added: “Have we deployed from the UK our team of experts on sexual violence to gather evidence, a team that I created as foreign secretary and deployed dozens of times around the world?

“Not yet — and the Ethiopians might not want them. But can’t they go to neighbouring Sudan, where tens of thousands of refugees are arriving?” 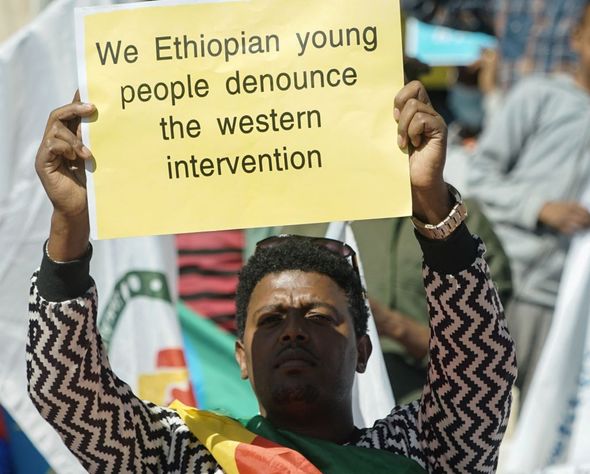 Though he vowed military operations would be brief, nearly seven months later fighting continues, reports of atrocities are proliferating and world leaders are warning of a humanitarian catastrophe.

Addis Ababa has urged Western countries not to meddle in their “internal affairs and undermining century-old bilateral ties.”