The Liberal Democrats, the fourth largest political party in the UK, have decided on a new leader after the loss of Jo Swinson at the 2019 election. Ed Davey has been elected the leader following a contest between himself and Layla Moran. A Liberal Democrat spokesperson announced: “There were 117,924 ballot papers issued, a record high for any of our leadership elections. Turnout was 57.6 percent. The votes for each candidate were: Ed Davey, 42,756, Layla Moran, 24, 564. And so Ed Davey has been elected the next leader of the Liberal Democrats.”

She was leader for only six months, losing out on her ’Stop Brexit’ manifesto.

The Lib Dems suffered yet another tremendous election defeat, scraping together only 12 seats.

The party’s luck has gone from bad to worse since 2010, following their step into a coalition government with David Cameron’s Conservatives. 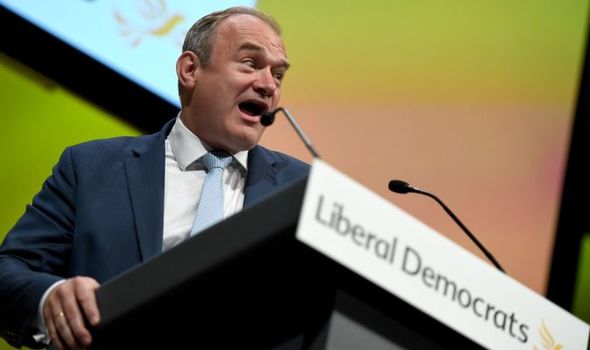 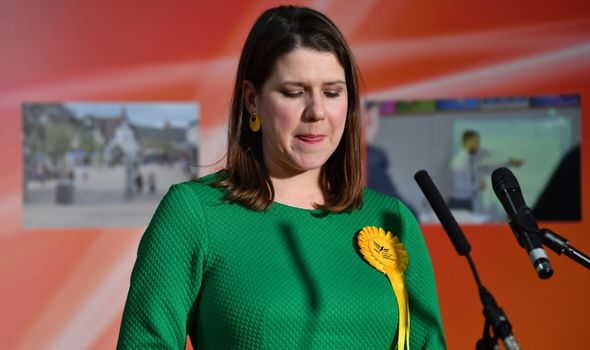 The party secured a large amount of seats, pushing Labour and the Conservatives in dangerous water when a hung parliament was announced.

Then leader Nick Clegg became deputy Prime Minister – a tenure that was not looked favourably back upon by many party members.

It led to a crushing defeat at the 2015 election, resulting in a major loss of seats following a surge of support for the SNP north of the border. 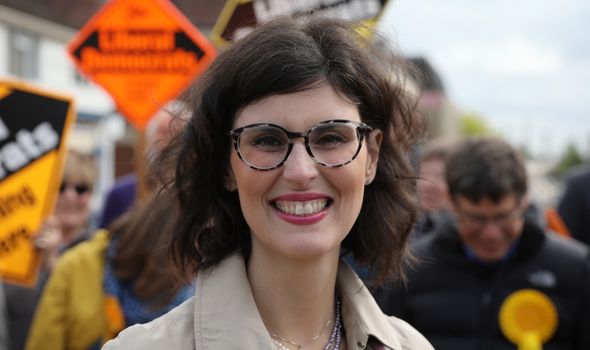 Who is Ed Davey?

Sir Ed Davey is the MP for south west London seat Kingston and Surbiton, and has been acting leader since Jo Swinson was forced to step down.

Born in Mansfield, Nottinghamshire, he attended the private Nottingham High School – former Labour minister Ed Balls was in the year below – and then studied politics, philosophy and economics (PPE) at Oxford

He has a wife and two children, and before entering Parliament, Sir Ed won a bravery award for rescuing a woman who had fallen on to the tracks at Clapham Junction station in south London.

He has long been a prominent figure in the party – he first elected in 1997 and was chief of staff to former leader Sir Menzies Campbell.

He was Secretary of State for Energy when the Lib Dems were in power in the coalition Government.

He unsuccessfully ran against Jo Swinson in the last leadership contest, but became deputy leader instead.

“Your future is bright and I look forward to you playing a big role in my team.

“To members of the Liberal Democrats, thank you for putting your faith in me and giving me the honour of leading a party I joined 30 years ago.”