In an important moment for the Prime Minister, G7 leaders will this afternoon hold a virtual meeting, the first of the UK’s presidency of the international organisation. At 2.30pm Mr Johnson will chair a video link of the world leaders on the response to the pandemic and how to improve the global health collaboration.

Downing Street last night said the Prime Minister was hoping to persuade the G7 today to back his plan to commit to speeding up the process for developing vaccines in the event of a pandemic.

He also confirmed the UK would share surplus vaccines with developing nations in addition to the £548million funding Britain has already given to the World Health Organisation’s COVAX procurement pool to provide jabs to poorer nations.

However, the significant announcement was sidelined by the French President last night, who used an interview with a British newspaper to put forward his own vision for the pandemic response.

Mr Macron said: “It’s about much more rapidly allocating four to five percent of the doses we have. 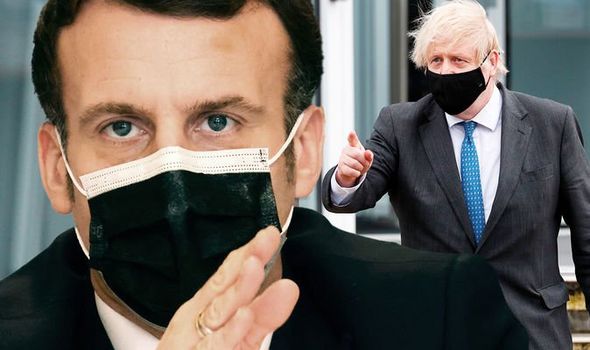 “It won’t change our vaccination campaigns, but each country should set aside a small number of the doses it has to transfer tens of millions of them, but very fast, so that people on the ground see it happening.”

Speaking to the Financial Times he said he had already spoken to German Chancellor Angela Merkel and won her support for the idea.

Mr Macron added he was hoping to also secure support from US President Joe Biden.

Today’s meeting chaired by the Prime Minister will be the first gathering of G7 leaders since April 2020.

No10 said he had been expecting world leaders to confirm their support for his health priorities but Mr Johnson now risks a fight to get the G7 to support his vaccine supply blueprint over Mr Macron’s plan. 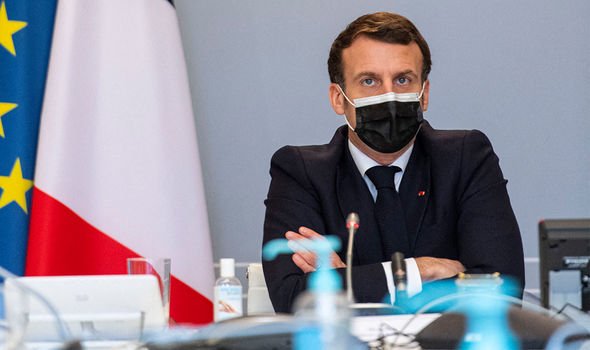 He said it was “difficult to say” when Britain could hand over surplus jabs but it was unlikely to do so until the majority of the population was inoculated.

In a veiled swipe at Mr Macron’s proposals, Mr Cleverly added the best way to supply developing nations was through COVAX rather than giving jabs directly to countries.

The former Conservative Party co-chairman said the UK would not use the promise of vaccines as “short-term diplomatic leverage” over poorer nations. 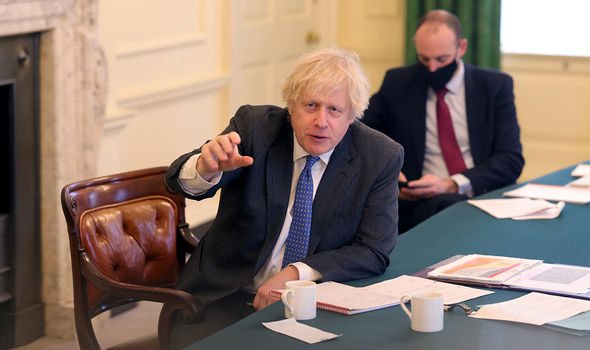 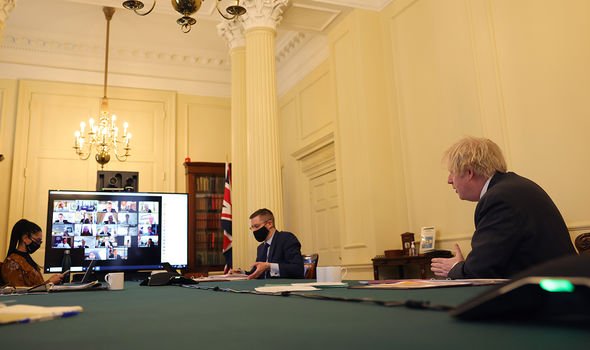 He said: We’ve made a very principled and correct decision that the best way of deciding the distribution of the bulk of the vaccine to the world should be done through multilateral bodies rather than using what is potentially a life-saving drug as some form of diplomatic leverage.

“So we’ve decided to go through Covax which is the international body that will decide the best and most equitable distribution.”

Britain has ordered more than 400 million doses of Covid vaccines from multiple suppliers.

It means the UK has more than triple the amount needed to inoculate its population of 66 million. 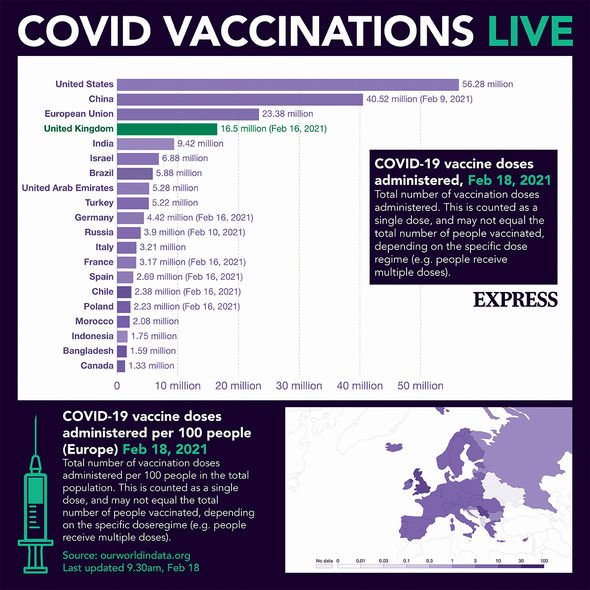 As many as three-quarters of surplus doses could go to developing nations under the UK’s proposals.

Speaking ahead of today’s meeting on his proposals to speed up the development of vaccines for future pandemics, Mr Johnson said: “Perhaps more than ever, the hopes of the world rest on the shoulders of scientists and over the last year, like countless times before, they have risen to the challenge.

“The development of viable coronavirus vaccines offers the tantalising prospect of a return to normality, but we must not rest on our laurels. As leaders of the G7 we must say today: never again.

“By harnessing our collective ingenuity, we can ensure we have the vaccines, treatments and tests to be battle-ready for future health threats, as we beat Covid-19 and build back better together.”