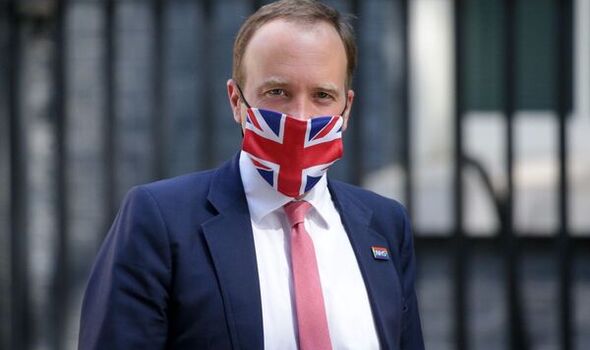 The former health secretary revealed during a Westminster debate that he had met West Suffolk constituent David Minns, a terminally ill campaigner who shared his story for the first time in the Daily Express.

David, 74, who helped launch our Give Us Our Last Rights crusade in February, has blood cancer and a painful condition called amyloidosis.

Many terminally ill people often take their own lives out of frustration. Mr Hancock described David as a “proud patriotic man” who “could potentially live longer if he knew he could be assisted in his death.”

The Tory MP claimed there was a “muddle in the way Government thinks” about assisted dying, not helped by a lack of data. Mr Hancock said that since the last Commons vote in 2015, more than 200 new MPs had been elected who have not had the chance to express their views.

He highlighted the changing position of medical bodies, such as the Royal College of Nursing and the British Medical Association, which have dropped their opposition and taken a neutral stance.

Mr Hancock said: “The medical movement is changing its view and it’s appropriate we raise these questions in a votable manner once again.”

MPs on both sides of the debate shared personal stories and spoke of their concerns.

Welsh Labour MP Tonia Antoniazzi broke down in tears as she read stories of people who suffered indignity at the end of their lives.

Those in favour of change also urged the Health and Social Care Committee to conduct an inquiry.

Tory MP Andrew Mitchell said: “It is refreshing to find unity in our politics – and it is clear that assisted dying is a unifying issue for people.”