The Vaccine Task Force (VTF) said 1.5 million doses of antibody treatments a year should be made for around 500,000 patients with blood cancer and other conditions that weaken immune systems. But officials have now told pharmaceutical companies preparing the drugs: “The landscape has changed.”

It follows fears that many with severely weakened immune systems will still be vulnerable to the virus even after being given the vaccine.

Critics are linking the move with the departure of widely praised venture capitalist Kate Bingham, who, as VTF chairman, spearheaded the vaccine rollout.

Mr Fell said: “The vaccine is the cavalry riding over the hill but Kate Bingham was clear we should also draft in other reinforcements like manufactured antibodies.

“We still don’t know how many people won’t get the full benefit of the vaccine because conditions like blood cancer have weakened their immune systems. 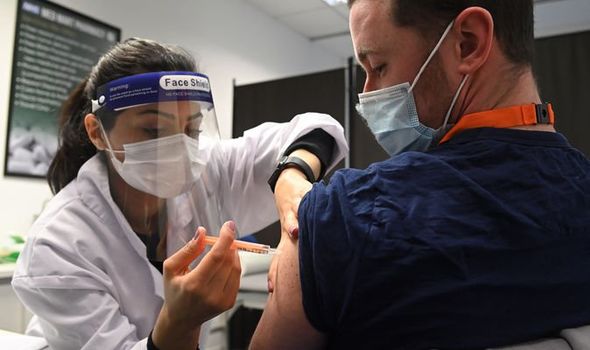 “Ministers deserved huge credit for backing the Bingham strategy of investing early in a wide range of options, so they mustn’t pull back from it now she’s moved on.”

A VTF report at the end of December said bulk antibody manufacturing should be one of the “critical parts of the UK’s pandemic armoury”.

It added: “Currently the UK does not have the capability or scale to manufacture bulk levels of antibodies and the VTF identified this as a potential weakness…as well as a surprising gap for a country as focused on the life sciences industry as the UK.”

It said: “There are over 500,000 ‘at risk’ people in the UK who are heavily immunosuppressed and are unlikely to benefit from a vaccine.

“The VTF estimates that the UK may need up to 1.5 million doses of antibodies per annum…for therapeutic and/or prophylactic use.”

But a month later on January 29 Government officials sent the “landscape has changed” email. 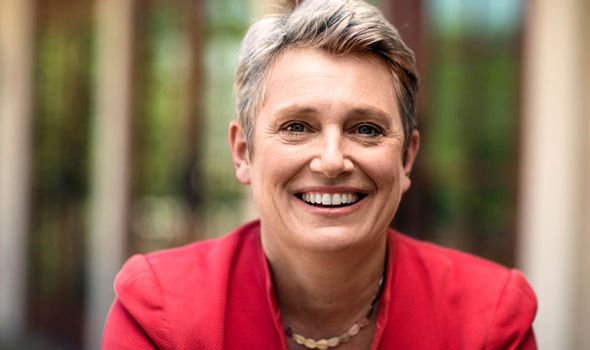 They added: “Vaccine rollout is going well and is being deployed across the population originally identified as potential candidates for antibodies. Data relating to the efficacy of antibodies against Covid-19 is still emergent. Consequently, there is no ability to develop a robust forecast of antibody utility and subsequent requirement.”

Officials say “all potential solutions” for fighting the virus are being monitored through clinical trials. A Government spokesman said: “The vaccines landscape has now moved on significantly, with three approved for use and a further one shown to be effective.

“This has meant that we have been able to refine our approach to possible antibody treatments.”

Last week health minister Lord Bethell said: “I am not sure if we are completely stepping back from production of monoclonal antibodies.”

He added: “It is a critical area of life-science production where Great Britain is frustratingly massively behind. In terms of the resilience of our healthcare supply chains, it’s a huge gap we have…and we are keen to address.”