Moment of truth! MEPs to finally decide whether to accept Brexit deal in crunch vote 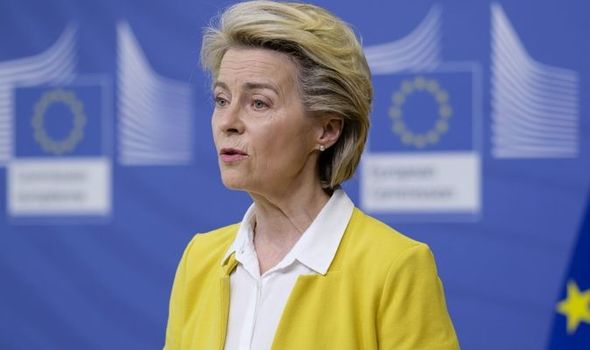 MEPs, who have been dragging their feet over the date of the final ballot, will give their consent to the pact to complete the bloc’s ratification process. It was confirmed this morning by the Parliament’s so-called Conference of Presidents. EU nations had previously expressed concern that MEPs were risking a no-deal Brexit with their sabre-rattling over the future relationship agreement.

The UK-EU Trade and Cooperation agreement is only provisionally applied to ensure tariff and quota-free trade between the two parties.

The deadline for the EU completing its formalities to rubber-stamp the pact expires at the end of the month.

Downing Street has already warned it is not willing to extend that period again after once previously giving the bloc more time.

MEPs said last week they were refusing to set a date for their final vote on the Brexit trade deal in a full plenary session because of the ongoing row over Northern Ireland.

They wanted to maintain pressure on No10 to offer concessions and fully implement the EU-ordered trade checks as part of the protocol to avoid a hard border.

But Express.co.uk also understands that MEPs were holding off as part of an inter-institutional clash with the European Commission and Council.

Top parliamentarians want more influence over decisions on whether Britain has breached the agreement in future trade rows.