The search of former President Donald J. Trump’s Mar-a-Lago estate is a high-risk gamble by the Justice Department, but Mr. Trump faces risks of his own. 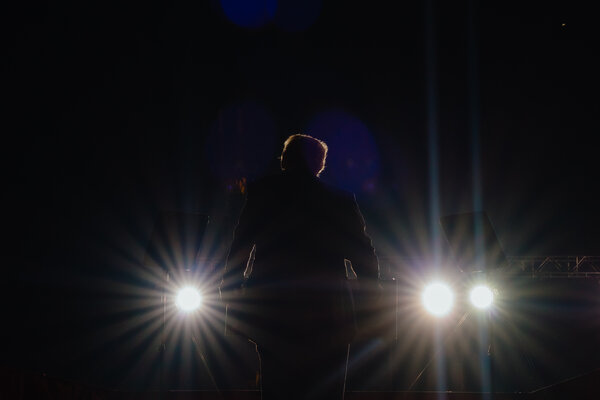 WASHINGTON — The fight between former President Donald J. Trump and the National Archives that burst into the open when F.B.I. agents searched Mr. Trump’s Palm Beach estate has no precedent in American presidential history.

It was also a high-risk gamble by Attorney General Merrick B. Garland that the law enforcement operation at Mar-a-Lago, the former president’s sprawling home in Florida, will stand up to accusations that the Justice Department is pursuing a political vendetta against President Biden’s opponent in 2020 — and a likely rival in 2024.

Mr. Trump’s demonization of the F.B.I. and the Justice Department during his four years in office, designed to undermine the legitimacy of the country’s law enforcement institutions even as they pursued charges against him, has made it even more difficult for Mr. Garland to investigate Mr. Trump without a backlash from the former president’s supporters.

The decision to order Monday’s search put the Justice Department’s credibility on the line months before congressional elections this fall and as the country remains deeply polarized. For Mr. Garland, the pressure to justify the F.B.I.’s actions will be intense. And if the search for classified documents does not end up producing significant evidence of a crime, the event could be relegated by history to serve as another example of a move against Mr. Trump that backfired.

Mr. Trump faces risks of his own in rushing to criticize Mr. Garland and the F.B.I., as he did during the search on Monday, when he called the operation “an assault that could only take place in broken, Third-World Countries.” Mr. Trump no longer has the protections provided by the presidency, and he would be far more vulnerable if he were found to have mishandled highly classified information that threatens the nation’s national security.

A number of historians said that the search, though extraordinary, seemed appropriate for a president who flagrantly flouted the law, refuses to concede defeat and helped orchestrate an effort to overturn the 2020 election.

“In an atmosphere like this, you have to assume that the attorney general did not do this casually,” said Michael Beschloss, a veteran presidential historian. “And therefore the criminal suspicions — we don’t know yet exactly what they are — they have to be fairly serious.”

In Mr. Trump’s case, archivists at the National Archives discovered earlier this year that the former president had taken classified documents from the White House after his defeat, leading federal authorities to begin an investigation. They eventually sought a search warrant from a judge to determine what remained in the former president’s custody.

Key details remain secret, including what the F.B.I. was looking for and why the authorities felt the need to conduct a surprise search after months of legal wrangling between the government and lawyers for Mr. Trump.

The search happened as angry voices on the far-right fringe of American politics are talking about another Civil War, and as more mainstream Republicans are threatening retribution if they take power in Congress in the fall. Representative Kevin McCarthy of California, the Republican leader in the House, warned Mr. Garland to preserve documents and clear his calendar.

“This puts our political culture on a kind of emergency alert mode,” said Douglas Brinkley, a presidential historian at Rice University. “It’s like turning over the apple cart of American politics.”

Critics of Mr. Trump said it was no surprise that a president who shattered legal and procedural norms while he was in the Oval Office would now find himself at the center of a classified documents dispute.