Home » Politics » ‘No evidence!’ Douglas Ross slams Nicola Sturgeon for claims about Covid ‘not backed up’

‘No evidence!’ Douglas Ross slams Nicola Sturgeon for claims about Covid ‘not backed up’

Scottish Conservative leader Douglas Ross hit out at SNP leader Nicola Sturgeon in a brutal takedown accusing her and the SNP of not providing “any evidence” for claims she made last week about covid. Last week Ms Sturgeon said how Scotland could “still see a significant burden of illness and death and severe pressure on our NHS”. Mr Ross went on to stress how there was “nothing” to explain to Scots why certain restrictions are in place despite many of them contradicting each other such as limits on Christenings but no limits on “Fanzones” in Scotland. 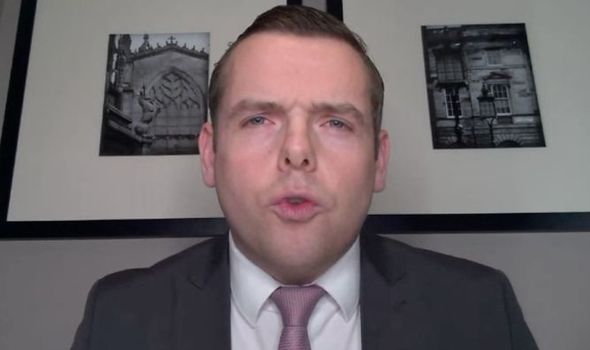 “Just last week the First Minister outlined in her statement to parliament when she was announcing that many areas in Scotland would remain in level two rather than move to level one as they had expected.

“She said, and I quote, ‘we could still see a significant burden of illness and death and severe pressure on our NHS’.

“Yet a week on we have heard nothing from our First Minister or her government back up that claim.

“We are at a difficult point in this pandemic when we need the public on side with the restrictions they continue live with.” 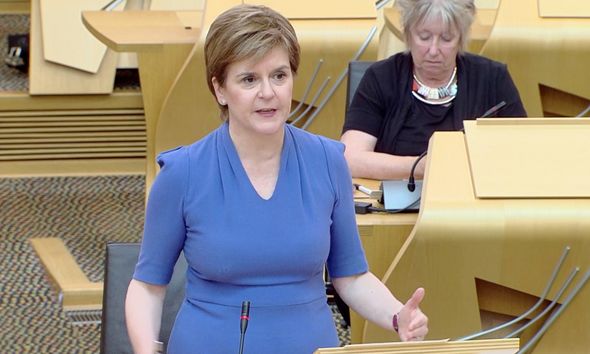 “Yet we are not hearing from the government evidence to support very strong statements such as ‘significant burden of illness and death and severe pressure on the NHS’.

In a brutal zinger the Scottish Tory leader said: “And this statement as a whole is telling for who it misses out and who it ignores.

“Nothing for people protesting outside the parliament today about the restrictions on play centres, nothing for venues confused why numbers for christenings are more limited than those for comedy shows!

“The First minsiter referenced apparent anomolies in the rules but she has not said anything about what she will do about those – if anything!”