'Shame on you!': Liz Truss interrupted by protesters at hustings

The frontrunner – widely predicted to see off Rishi Sunak and replace outgoing Boris Johnson in No 10 Downing Street – also jokingly compared her time in the rival party to the misadventures of other young people with “sex, drugs and rock and roll”. Ms Truss, Tory MP for South West Norfolk, famously addressed the Lib Dem conference in 1994, in a speech in which she called for the abolition of the monarchy.

She told party members assembled in Eastbourne on the South Coast: “People may know about me that I have a bit of a dubious past.

“When I was a teenager, I was a member of the Liberal Democrats.”

In response to loud jeers from the audience, she added: “We all make mistakes, we all had teenage misadventures, and that was mine.

“Some people have sex, drugs and rock and roll, I was in the Liberal Democrats. I’m sorry. 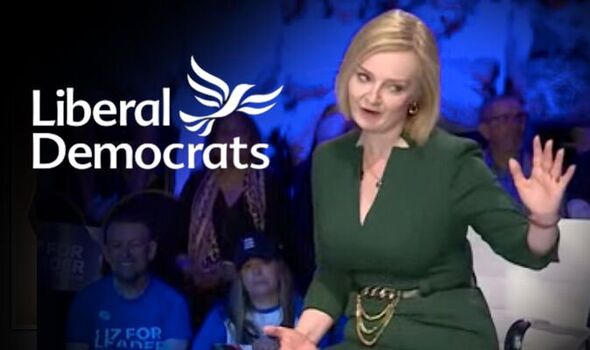 “But I became a Conservative because I met people who were like-minded and I thought, ‘I believe in what they’re talking about,’ and for me, it was about personal freedom, the ability to shape your own life and shape your own destiny.

“And that’s what motivated me to become a Conservative.”

Ms Truss was confronted with her past – including her time as a Lib Dem and her campaigning to keep Britain in the EU in 2016 – during a Sky News interview early this week, with presenter Kay Burley adding: “Will the real Liz Truss please stand up.”

Ms Truss was the President of Oxford Union Liberal Democrats when she was a student at Merton College, and was a member of the national executive committee of Liberal Democrat Youth and Students.

As well as being a republican, she also backed the legalisation of cannabis, and campaigned against the Criminal Justice Bill.