Liz Truss addressed issues surrounding the Northern Ireland Protocol and the legal threats made by the European Union over the UK’s plans to unilaterally extend the NI grace period. She explained that the move was a “temporary measure” and “not a breach” of the Protocol since it was common to see decisions like these made during a negotiation period. It comes as Cabinet Office Minister Michael Gove failed to secure a two-year extension of the grace period – which reduces the number of checks at the Northern Ireland border.

“On Budget day we learned that the UK has extended the waiver for Northern Ireland businesses, under the trade agreement we reached with the EU, who are threatening to sue over this.”

“That is not a breach of the Protocol and we’re very clear about that.

“And Lord frost, who is my colleague who is dealing specifically with the EU trade relationship, is working closely with his EU counterparts to resolve these issues.

“But ultimately, it’s in the interests of both the EU and the UK to make sure trade across the border works and that’s what we’re committed to do.” 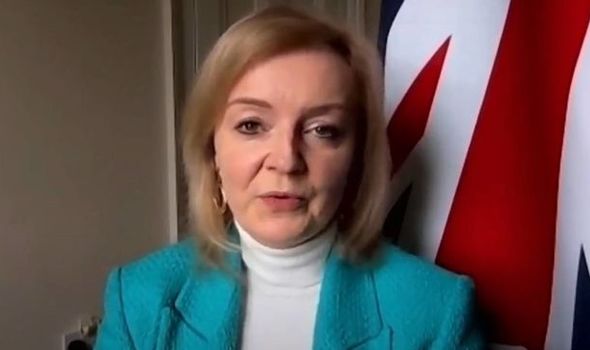 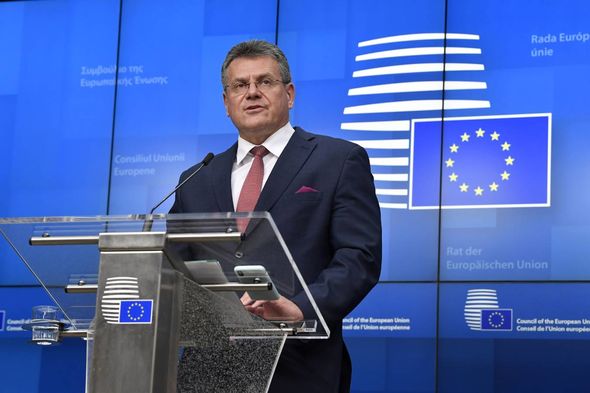 Mr King then pushed the minister and said: “Well you say that, I mean a lot of the drumbeat from Westminster is that Lord Frost seems to be trying to provoke around with the EU?”

Ms Truss replied: “That’s absolutely not the case, Lord Frost is determined to make sure that we have an effective trading relationship.

“We put in place these temporary easements to see goods able to flow across the border and that we make sure we implement Northern Ireland protocol in a way that stands by the Good Friday Agreement.”

A disgruntled Ian King then posed to Ms Truss: “Was this sneaked out on Budget day in the hope that no one would notice it?” 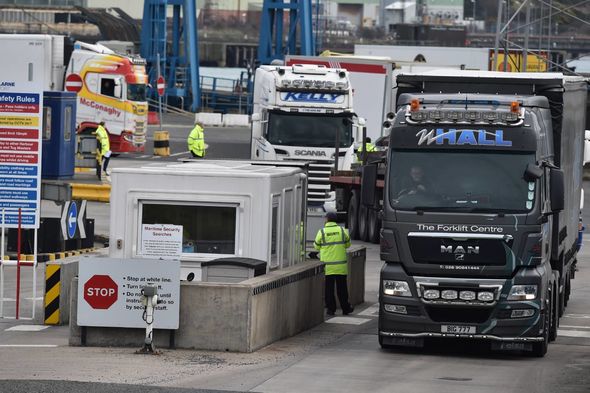 “I don’t know about the timing of any announcement.

“But I do know that he has been working very hard to make sure we resolve these issues and we implement this agreement.”

Lord David Frost was appointed by Prime Minister Boris Johnson to lead the UK’s EU relationship group at the beginning of March.

The former EU negotiator, who is not an elected member of the House of Commons, announced the UK would extend the Northern Ireland grace period due to customs delays. 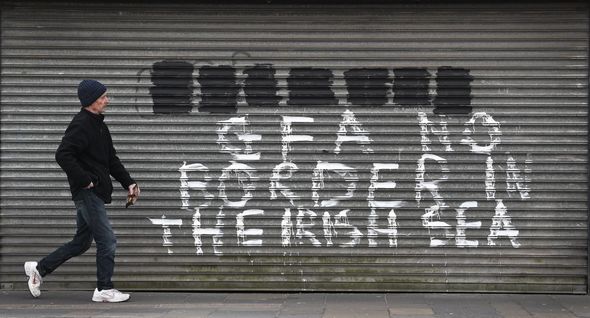 Northern Ireland remains in the Customs Union and hauliers travelling from Great Britain have faced delays on the border.

The grace period limits the number of checks on the border and does not fully implement EU Custom rules.

Business Secretary Kwasi Kwarteng said the threats were a “distraction” by the EU who want to move the focus away from their disastrous vaccine rollout.