Ian Blackford on IndeyRef2 as UK on brink of general election

Ian Blackford has once again threatened to thrust with a second Scottish independence referendum and use the general election to make a case for it. As Boris Johnson appears on the edge of his premiership, the country could be on the brink of a snap election. Scottish First Minister Nicola Sturgeon has pledged to use the next general election to campaign on the second Scottish independence referendum.

When asked whether he will see the potentially upcoming snap election as an opportunity to make the case for IndyRef2, Mr Blackford told Sky News: “You know our First Minister spoke about the roadmap that we have to make sure we can deliver on the mandate for an independence referendum.

“Let me say that I will relish an election for us to make the case for Scotland to be an independent country. We have a roadmap that’s in place to make sure that we remove Boris Johnson. But at the end of the day, it’s Westminster’s Brexit that is causing us so much damage.” 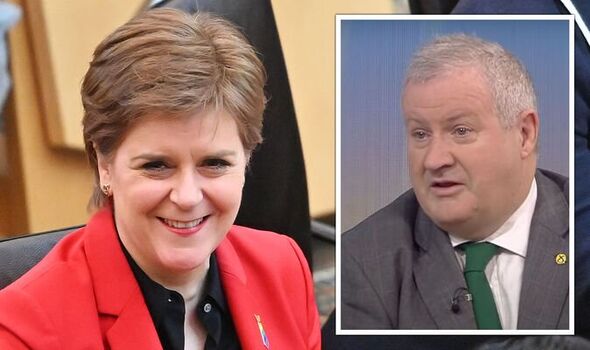