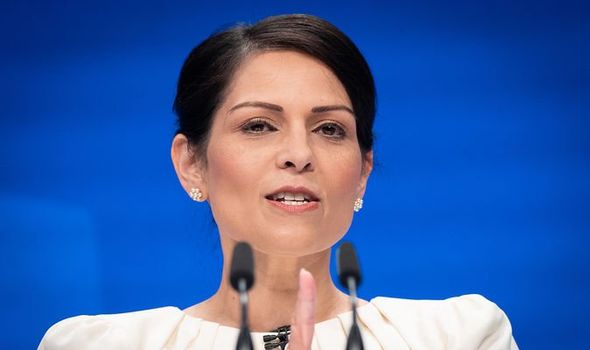 The limit on common assault cases is currently six months, which means a prosecution has to be brought to court within that time frame from the date of the alleged offence.

But following calls for legal reforms from campaigners, Home Secretary Priti Patel is understood to have agreed to extend the limit to up to two years.

The changes are expected to be put to Parliament in an amendment to the Police, Crime Sentencing and Courts Bill. It comes after the BBC reported that 13,000 cases in England and Wales had been dropped in five years because the time limit had been breached.

Common assault cases are typically dealt with in magistrates’ courts and deal with violence or threatening behaviour that leads to someone fearing they will be attacked. They can often include things like being spat at, pushed or slapped.

Campaigners have argued police should be given more time to be able to bring charges as cases involving domestic abuse can be complex and victims can be reluctant to come forward.

The Daily Express’ End This Injustice crusade backs greater protection for those who are abused.

Yvette Cooper, Labour chairwoman of the Commons Home Affairs Committee, put forward an amendment earlier this year after working with a woman in her Normanton, Pontefract and Castleford constituency who reported to police “repeated domestic abuse but was told she had run out of time and nothing would be done”.

Ms Cooper said: “If the Government is now adopting our proposal to lift the time limit on prosecuting domestic abuse cases, that would be excellent news.

“Thousands of domestic abuse victims are timed out by a law they never knew existed, and that means thousands of perpetrators getting away with it so they can abuse again.

“Making this simple and practical change means stronger action to tackle violence against women and girls. If the Government has listened, then this is a real chance of getting more justice and protection for people in future from domestic abuse.

“Couple that with trust in police being at an all-time low means the conditions for survivors to come forward is incredibly challenging.”

She added: “We are delighted to hear that the Government intends to support this call. Thanks to Yvette Cooper MP and Baroness Newlove for driving this work through Parliament and to the Home Secretary Priti Patel for listening to, and hearing, our calls for change.

“This amendment, when it comes into practice, will make an enormous difference to survivors of domestic abuse and provide greater protection.”