Boris Johnson has claimed that anti-racism protests in the UK have been “hijacked by extremists intent on violence”.

The prime minister said it was “absurd and shameful” that a statue of Sir Winston Churchill was “at risk of attack” by protesters.

Referring to the Black Lives Matter demonstrations sparked by the death of George Floyd in the US, Mr Johnson concluded a series of tweets by saying “the only responsible course of action is to stay away from these protests”. 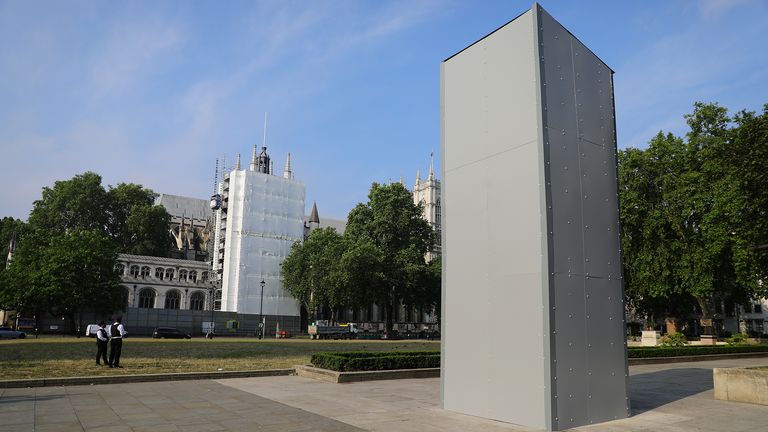 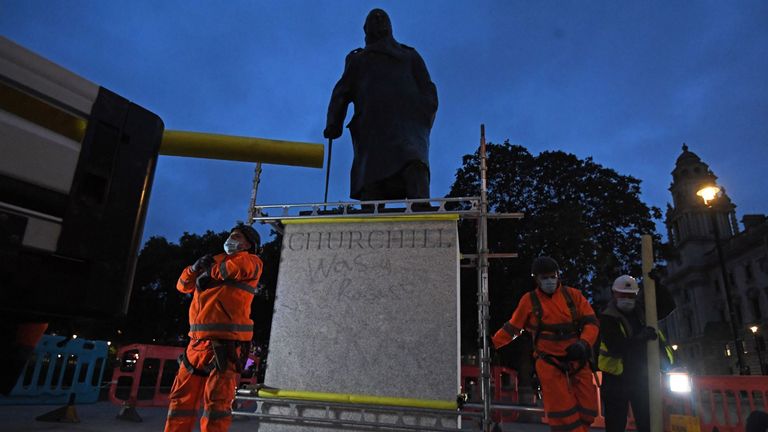 He wrote: “We cannot now try to edit or censor our past.

“We cannot pretend to have a different history. The statues in our cities and towns were put up by previous generations.”

The statement posted on Mr Johnson’s Twitter page said: “The statue of Winston Churchill in Parliament Square is a permanent reminder of his achievement in saving this country – and the whole of Europe – from a fascist and racist tyranny.

“It is absurd and shameful that this national monument should today be at risk of attack by violent protestors.

“Yes, he sometimes expressed opinions that were and are unacceptable to us today, but he was a hero, and he fully deserves his memorial.”

It comes after workers boarded up both a statue of Churchill and the Cenotaph in central London ahead of weekend protests.

While the majority of protests in support of the Black Lives Matter movement have been peaceful, statues around the country have been targeted.

Churchill is honoured with numerous monuments across the country, the most famous located in London’s Parliament Square.

Revered for his opposition to Hitler’s Nazi regime, he also espoused racist views of Indians, who he said he “hated” and considered to be “a beastly people with a beastly religion”.

The issue of monuments to controversial historical figures rose to prominence after protesters pushed a bronze figure of slave trader Edward Colston into Bristol Harbour on Sunday.

Business minister Nadhim Zahawi told Sky News on Wednesday that “any slave trader should not have a statue”.

He added: “I wouldn’t be breaking the law to take statues down, it should be done through our democratic process.

“This country is a democracy, a proud democracy and it should be up to local people to decide what they want to do with that statue and any other statue.”

Other monuments also removed from public view ahead of further protests planned this weekend include one of slave owner Robert Milligan outside the Museum of London.

And Guy’s and St Thomas’ hospitals in London say they will take down two statues linked to slavery – those of Thomas Guy and Sir Robert Clayton.