Home » Politics » ‘Respect our agreements!’ Macron ally lashes out at UK as he praises EU ‘without weakness’

‘Respect our agreements!’ Macron ally lashes out at UK as he praises EU ‘without weakness’

EU vice president Maros Sefcovic accused the UK of violating international law and undermining trust by unilaterally extending the grace periods on Northern Ireland under the Brexit protocol. Praising the bloc’s decision, the French European Affairs Minister boasted on Twitter: “Respect our agreements, defend our interests: once again, the European Union will be without weakness.

“It is about trust between the European Union and the United Kingdom, the protection of our internal market and stability in Ireland.”

In a statement, Mr Sefcovic said: “The Protocol on Ireland and Northern Ireland is the only way to protect the Good Friday (Belfast) Agreement and to preserve peace and stability, while avoiding a hard border on the island of Ireland and maintaining the integrity of the EU single market.

“The EU and the UK agreed the Protocol together. We are also bound to implement it together.

“Unilateral decisions and international law violations by the UK defeat its very purpose and undermine trust between us. The UK must properly implement it if we are to achieve our objectives. 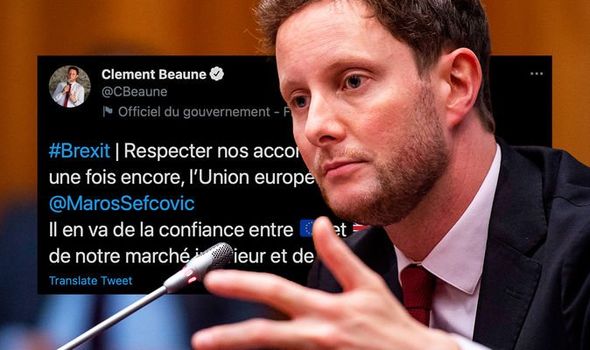 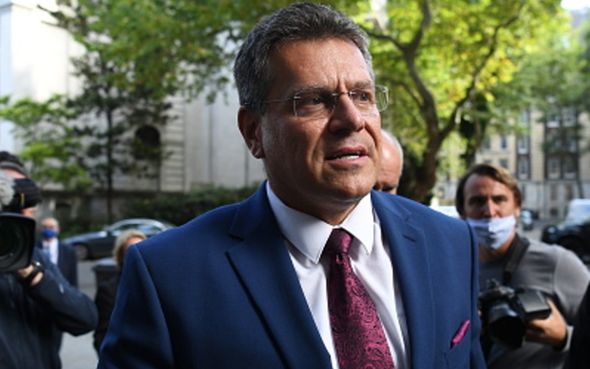 “That is why we are launching legal action today.

“I do hope that through the collaborative, pragmatic and constructive spirit that has prevailed in our work so far on implementing the Withdrawal Agreement, we can solve these issues in the Joint Committee without recourse to further legal means.”

Officials in Brussels said the Government had effectively decided to impose an “open-ended extension” to the light-touch regulatory periods, that were due to end this month.

The grace periods cover areas such as supermarket supplies and parcel deliveries to Northern Ireland from Great Britain and mean checks are not yet fully applied.

An EU official said a “letter of formal notice” was to be sent to Westminster on Monday over the alleged breaches, marking the beginning of the formal infringement process.

It requests that the UK carries out “swift remedial action to restore compliance with the terms of the protocol”.

The official said that letter calls on the Government to “rectify and refrain from putting into practice” issues announced by the UK over the grace period on March 3 and calls for bilateral discussions in good faith to find a solution to begin by the end of the month.

The EU official said: “We have not received from the UK a road map explaining what it would do in practice in order for the protocol to be applied in full. 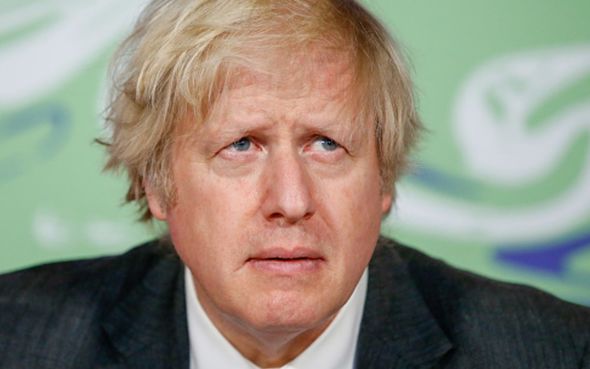 “Yet without going through the joint bodies, unilateral measures were announced on March 3 and now the European Union is confronted with an open-ended extension to certain grace periods, at least until October 1.

“In other words, this is the second violation of international law on the same issue and we think it is an enormous problem because there are real-life issues behind all of this and the stakeholders need stability and predictably.

“The commission will send today to the UK a letter of formal notice for breaches of substantive provisions of EU law concerning the movement of goods.”

Prime Minister Boris Johnson has said the extensions are “very sensible”, with the Government denying there has been a breach of the protocol.

The Northern Ireland Protocol of the Withdrawal Agreement was designed by the UK and EU to avoid a hardening of the border on the island of Ireland when the post-Brexit transition period ended on December 31.

The first of the grace periods had been due to expire at the end of March but the UK has pledged to extend them until October in a move widely welcomed by businesses in Belfast.