Schools watchdog to probe claims of ‘rape culture’ among pupils

Gavin Williamson ordered the schools watchdog Ofsted to carry out the probe following allegations of a “rape culture” among some pupils. He also announced a new NSPCC helpline to support potential victims – both children and adults – from today. The move came after the website Everyone’s Invited recorded 8,000 testimonies of alleged sexual abuse from pupils. Mr Williamson said: “Sexual abuse in any form is abhorrent and it is vital that these allegations are dealt with properly.

“While the majority of schools take their safeguarding responsibilities extremely seriously, I am determined to make sure the right resources and processes are in place to support any victims of abuse to come for- ward.”

He added: “No child or young person should have to experience abuse. But if something isn’t right, they should speak to someone they trust to raise concerns, whether that’s family, a friend, teacher or social worker, helpline or the police.”

The helpline will provide support and advice including directing victims to report crimes to police.

Its probe is due to conclude by the end of May.

Amanda Spielman, Ofsted chief inspector, said: “Schools have a crucial role to play in teaching young people about sexual consent and respect for women and girls. 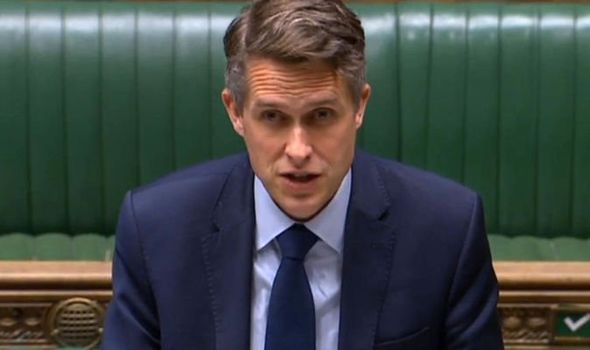 “They must also be places where all children feel safe and where they are able to report any incidents of abuse or harassment and be confident that what they say will be acted upon.”

Teachers embroiled in a uniform row claimed to discriminate against Muslim and black students have threatened to strike.

Scores of pupils at Pimlico Academy in Westminster, central London, chanted “we want change” and walked out of school early yesterday in protest against headteacher Daniel Smith.

Police officers were seen on school grounds. Mr Smith ushered in a new uniform policy last year. It banned hairstyles that “block the view of others” and said hijabs “should not be too colourful”.

A National Education Union spokesman said members “passed a motion of no confidence in the head teacher and to move towards a ballot for industrial action”.

Future Academies, which runs the school, said: “We are working to resolve the issues raised.”