The Lessons of One of the Worst Years in American Life

President Donald J. Trump lost his job in large part for mishandling a crisis he at first denied. President Biden knows his legacy depends on bringing the catastrophe to a swift conclusion. 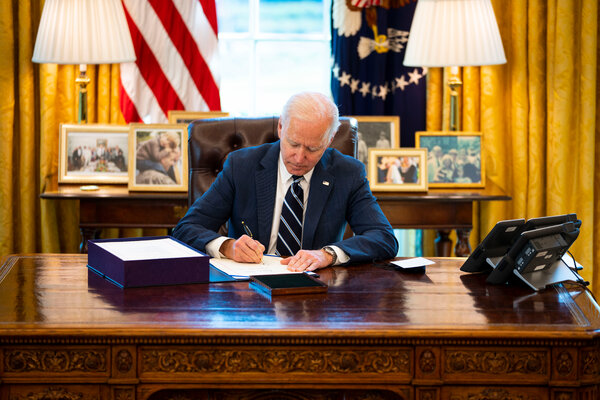 WASHINGTON — The 365 days between the United States’ panicked retreat from offices and schools and President Biden’s speech on Thursday night, celebrating the prospect of a pandemic’s end, may prove to be one of the most consequential years in American history.

People learned about national vulnerabilities most had never considered, and about depths of resilience they never imagined needing except in wartime. Even the Sept. 11, 2001, attacks, for all their horror and the two decades of war they ushered in, did not change day-to-day life in every city and town in the United States quite the way the coronavirus did.

One president lost his job in large part for mishandling a crisis whose magnitude he first denied. His successor knows his legacy depends on bringing the catastrophe to a swift conclusion.

The halting response demonstrated both the worst of American governance and then, from Operation Warp Speed’s 10-month sprint to vaccines to the frantic pace of inoculations in recent days, the very best. The economic earthquake as cities and towns shuttered so altered politics that Congress did something that would have been unimaginable a year ago this week. Lawmakers spent $5 trillion to dig the nation out of the economic hole created by the virus, and almost as a political aftershock, enacted an expansion of the social safety net larger than any seen since the creation of Medicare nearly 60 years ago.

No country can go through this kind of trauma without being forever changed. There were indelible moments. In the spring came the racial reckoning brought on by the death of George Floyd after a police officer in Minneapolis knelt on his neck for more than eight minutes. On Jan. 6 came the mob attack on the Capitol that led many to wonder whether American democracy was still capable of self-correction.

But Mr. Biden’s message on Thursday was expected to center on the thought that the country did finally come together in a common cause — vaccines as the road to normalcy — and from that could spring a glimmer of unity, as a still divided nation seeks solace in millions of tiny jabs in the arm. In his speech, Mr. Biden planned to hold out two distinct dates of hope: July 4, when American life might seem a little like it once was, and May 1, when all adults in the United States will be eligible to receive a vaccine. 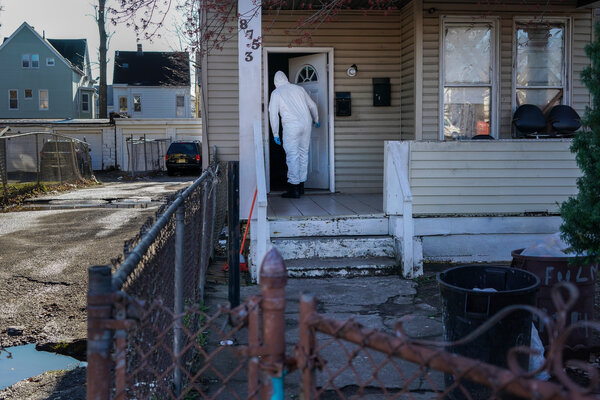 Jill Lepore, a Harvard historian whose book “These Truths” tracks the changing dynamics of technology and society in the United States since its discovery, wondered if Americans were unconsciously considering the new year as beginning in late March, as it did in Britain and its colonies until the calendar changed in 1752. “Or maybe it begins the day you get your vaccine,” she said. “Or the day enough of us get a vaccine.”

For Mr. Biden, the question is when he will be able to pivot from what he has called the “rescue” phase of the pandemic to the “recovery” phase after the pandemic. His aides said that in the speech tonight, the president would make it clear that rescue was still underway.

His goal, his chief of staff, Ron Klain, said in an interview, is “laying up the next steps in this rescue and what, now that we’ve got this bill passed, are we really going to do in the coming months to get back toward a more normal way of life in this country.”