Tories hoovered up votes in the 2017 council poll when Jeremy Corbyn led Labour. But when every UK voter can take part in at least one ballot on May 6, the Conservatives expect to shed seats to Sir Keir Starmer. Governments ­traditionally drop votes to the opposition in local elections but the Labour leader has been cagey about his party’s prospects.

A Tory source said: “If Starmer can’t make gains now he is in trouble. There is a lot of expectation management going on from Labour.”

Conservatives are fighting hard to win Hartlepool – an MP’s seat up for grabs in a ­by-election triggered by Mike Hill’s resignation last month.

But the constituency, last held by the Tories in 1959, was one of the few Labour clung on to when neighbouring areas switched from red to blue in 2019.

Winning support from the 10,600 voters who backed the Brexit Party last time is key to securing victory. 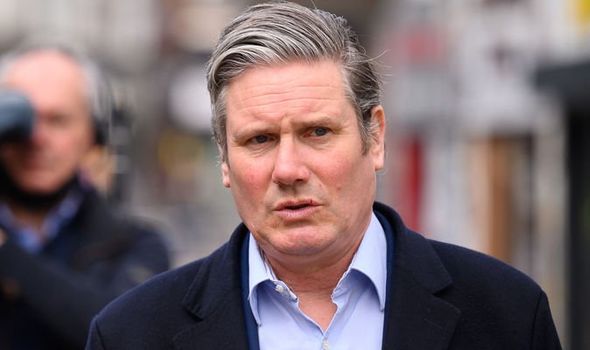 But Covid rules has restricted campaigning, which was suspended after the death of the Duke of Edinburgh.

Official mourning ends tomorrow when supporters from all parties are expected to hit the streets.

Millions of people will be casting votes in local, mayoral and police and crime commissioner elections on Super Thursday – the first polls since 2019.

They were cancelled last year by the pandemic.

Voters in Scotland and Wales are choosing new ­parliaments, and police and crime commissioners are also up for election. A total 4,650 seats are up for grabs.