The former Chancellor also took a swipe at his successor’s economic plans, saying they would lead Britain ­“sleepwalking into a high-tax, ­low-growth” economy. 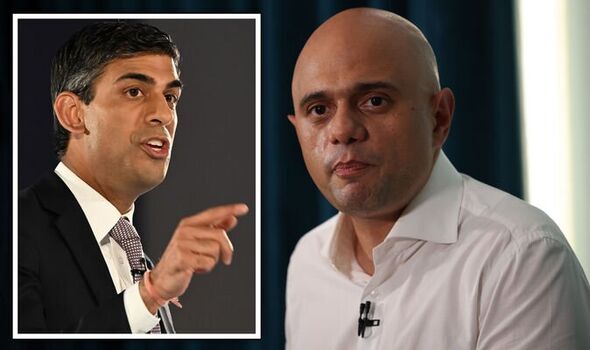 In a stunning attack on his one-time friend, he suggested Mr Sunak’s refusal to cut taxes risked Britain becoming a “middle-income economy” with a loss of “global influence and power”.

He said Ms Truss had the ­“willingness to challenge the status quo” warning there were “no ­risk-free options in Government”.

Mr Javid’s endorsement is a ­devastating blow to Mr Sunak who saw him as a mentor in the early stages of his political career and took over from him as Chancellor in 2020.

A spokesman for the Liz Truss campaign said: “Having worked closely with him for years in Cabinet, Liz is delighted to have Sajid on her team.

“We need the best players on the pitch and his experience provides yet another boost to our campaign.

“His support signals that Liz is bringing the party together and they’re uniting behind her bold plan to cut taxes, grow the economy and deliver for the country.”

Ms Truss now has the backing of five former leadership ­contenders as momentum continues to build behind her. A new poll of Tory party members last night showed she has an almost unassailable 32-point lead over her rival.

The survey for Conservative Home put the Foreign Secretary on 58 per cent compared to Mr Sunak on 26 per cent. Another 12 per cent were undecided.

The spokesman for the Truss campaign said: “Tonight’s poll shows Liz’s vision for the UK is resonating with members.”

It comes hot on the heels of a ­separate YouGov poll of Conservative party members which showed she has a 34-point lead. Before a crucial hustings in Cardiff last night, Ms Truss insisted she would “not taking anything for granted”.

She added: “There is still a long way to go in this leadership election. What I’m about is unleashing opportunity across the United Kingdom, getting our economy ­growing and delivering for people all over the country.” With ballot papers due to go out to 200,000 party members during the next week the battle for votes is becoming increasingly intense.

Speaking before last night’s event in the Welsh capital Ms Truss claimed Wales had been “let down by 20 years of Labour rule” under the First Minister. 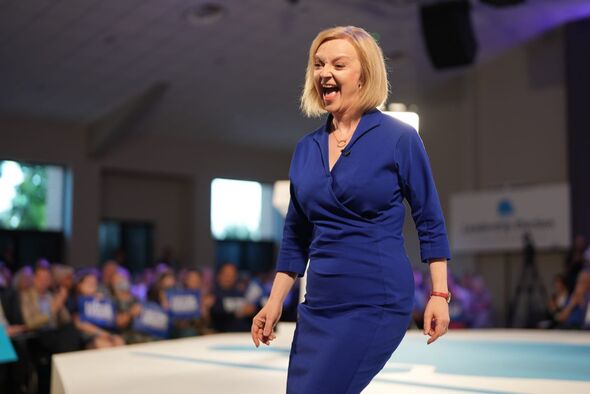 She added: “I believe Mark Drakeford has not delivered for the people of Wales and I will be holding him to account.” Mr Sunak has vowed to create a second freeport in Wales if he becomes Prime Minister. Both candidates spent yesterday courting votes in the Tory heartlands.

Describing herself as a “straight-talking Yorkshire woman”, she also said “I know a woman is a woman”, raising a chuckle from her audience. She replied: “People are laughing. There’s people in Whitehall who don’t believe that.”

Referring to rail strikes, Ms Truss said she was “on the side of the 95 per cent who get the train to work – not the train drivers, who are paid more than £50,000 per year”.

She vowed to “reverse the rise in National Insurance” while protecting the beneficial effect the rise had for some of the lowest paid workers. Asked about pensions, she replied: “I assure you, I am absolutely ­committed to the triple lock.”