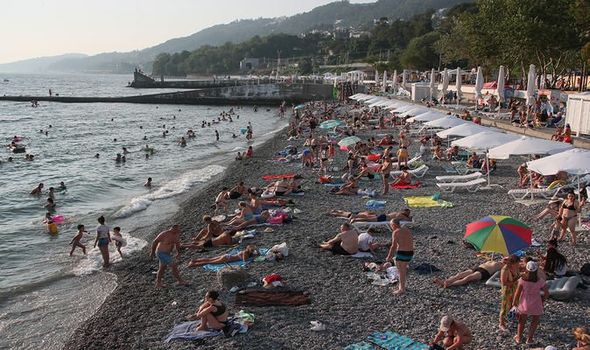 A review of which destinations travellers will be required to quarantine on their return is expected as early as today. But the Government is not expected to drop the hated amber-plus category that has hit passengers from France.

The travel tier was recently added to the traffic light system and only includes France. It requires all passengers to isolate at home even if they are vaccinated.

Prime Minister Boris Johnson killed off plans earlier this week for a new amber “watchlist” that would have put travellers on alert that they may have to go into hotel quarantine on their return. But MPs and tourism bodies warned it would hit the last few weeks of the holiday season.

Paul Charles, CEO of travel consultancy The PC Agency, said holidaymakers had been “left in despair” by rule changes.

He called for a simple red and green system that allows the fully-jabbed to “travel to many more countries and so reap the benefits of their decision to be vaccinated”.The CBI (Confederation of British Industry) published a report calling for a “new settlement for living with the virus”, and said passengers should be able to carry out regular tests instead of going into quarantine.

Whitehall sources have blamed Transport Secretary Grant Shapps for the fiasco – while his allies say someone in Government “has it in” for him.

An update to the traffic light travel lists is expected to move a handful of countries to the green list, including Germany and Canada. It is the last three-week review that falls in time for families to make the most of the school holidays.

Government minister Gillian Keegan insisted leaders wanted to make the rules clear. She said: “The most important thing is that the system is simple enough for people to understand.” Meanwhile the Government confirmed that Clare Gardiner has left her role as head of the Joint Biosecurity Centre, which advises on the travel rules.

A Department of Health spokesman said: “The centre continues to operate routinely under robust interim arrangements.”

‘Keep your nose out of it!’ Britons rage as Nancy Pelosi issues US deal ultimatum