PHOENIX, Arizona (Reuters) – U.S. President Donald Trump sought to turn nationwide protests to his political advantage in a campaign appearance in Arizona on Tuesday, vowing to prevent “the left-wing mob” from pushing the United States into chaos. 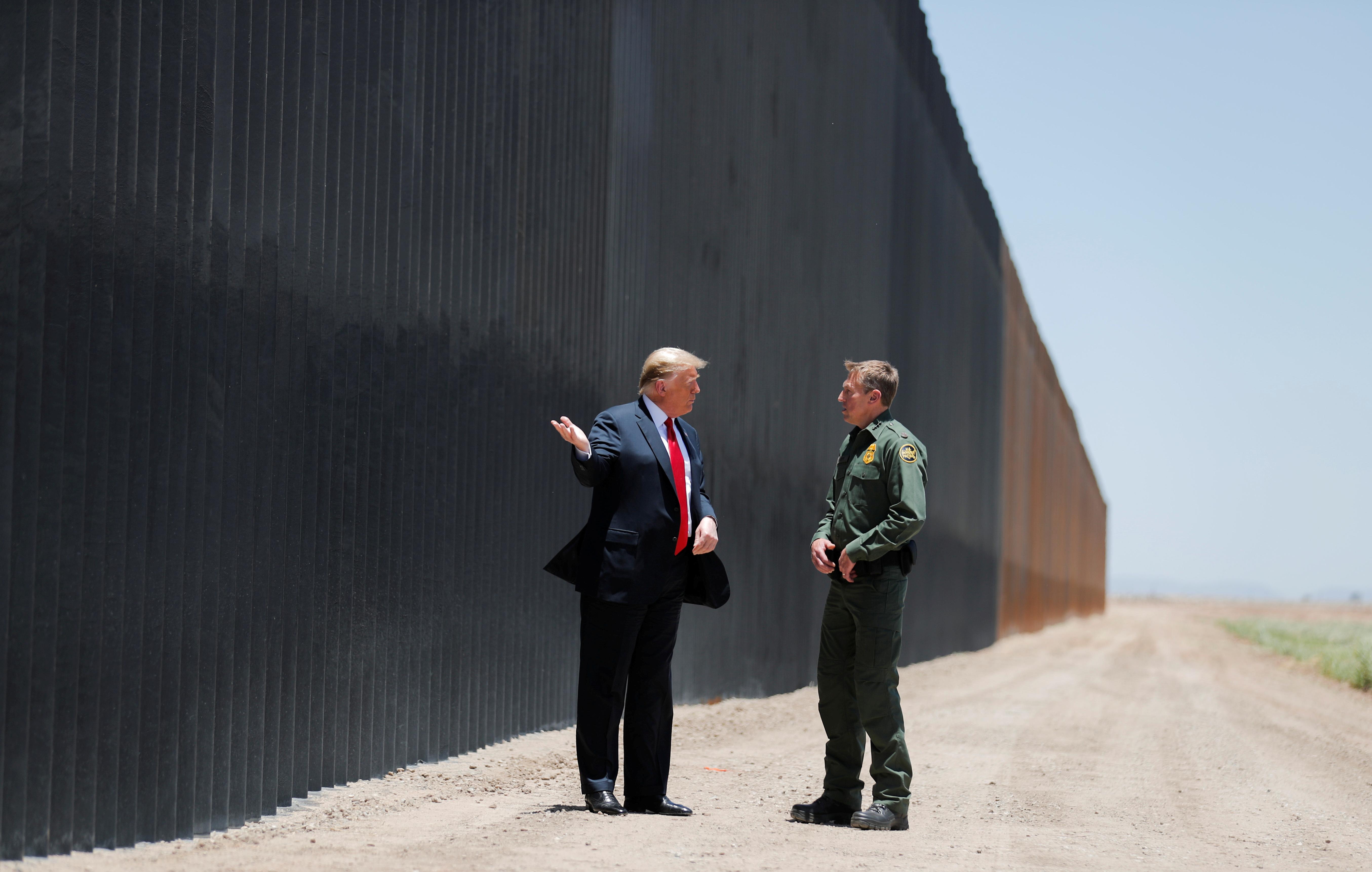 Trump, whose first rally of the coronavirus pandemic on Saturday in Tulsa, Oklahoma, drew fewer supporters than expected and was seen to expose weaknesses in his campaign, pushed a law-and-order theme in Phoenix before a cheering audience of several thousand young people.

Trump pointed to protesters who tried to pull down a statue of 19th century president Andrew Jackson near the White House on Monday night, as well as an “autonomous zone” set up by protesters in Seattle, as reasons to keep him in office rather than electing Democrat Joe Biden on Nov. 3.

Trump has been criticized for cozying up to undemocratic leaders such as North Korea’s Kim Jong Un and Russia’s Vladimir Putin. He is also under attack from many Americans for his handling of the protests in response to the death of African American George Floyd in police custody in Minneapolis.

On Tuesday, Trump said those protesting against racial injustice and police brutality “hate our history. They hate our values, and they hate everything we prize as Americans.”

“We don’t bow down to left-wing bullies,” he said.

Trump, who narrowly won Arizona in 2016, is looking to defend his foothold in the state as opinion polls showed Biden leading the Republican president and Republican Senator Martha McSally behind Democratic challenger Mark Kelly.

Earlier, he visited a freshly-built portion of the wall along the border with Mexico in San Luis, Arizona, in a dusty, barren landscape where the temperature was 102 degrees Fahrenheit (40 degrees Celsius). Using a black Sharpie pen, he autographed a plaque commemorating the 200th mile.

A campaign pledge to build the wall helped propel Trump to the White House in 2016.

The trip was Trump’s third this year to Arizona, which had a record increase of more than 3,500 new cases of coronavirus infections on Tuesday. The state also saw record hospitalizations, record patients in intensive care, and a record number of patients on ventilators.

The president and his advisers have largely dismissed concerns about holding campaign events as the coronavirus continues to spread in some parts of the United States.

Trump told the audience on Tuesday that the virus, which originated in China, is known by many names, including “the kung flu,” a description has drawn fire as an insensitive slur.