Home » Politics » Trump to attack Biden as U.S. struggles with coronavirus and protests

Trump to attack Biden as U.S. struggles with coronavirus and protests

WASHINGTON (Reuters) – President Donald Trump prepared to attack Democratic rival Joe Biden in front of a large crowd on the South Lawn of the White House on Thursday, as the United States struggles to address the coronavirus pandemic and a wave of anti-racism protests. 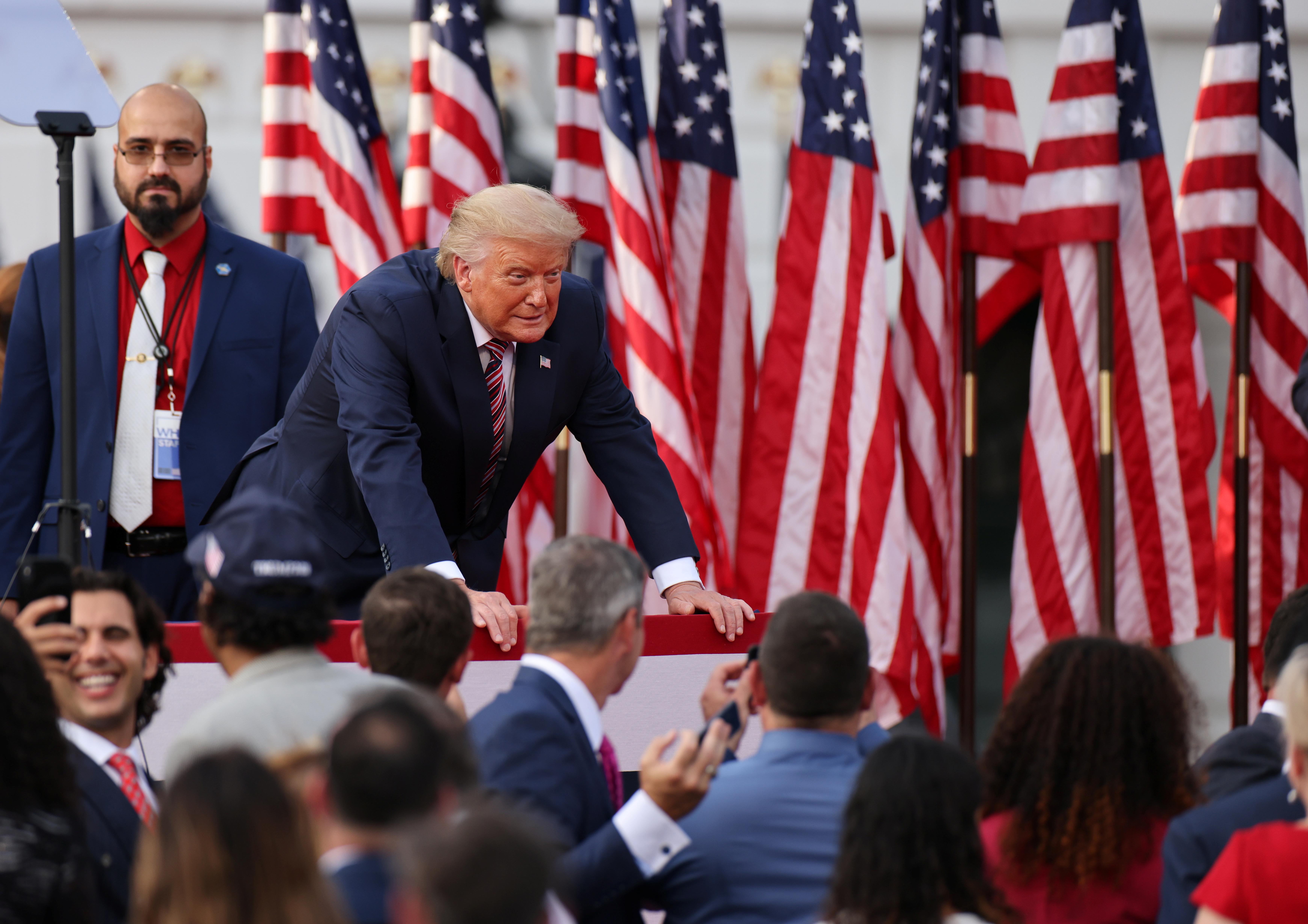 Trailing in national opinion polls less than 10 weeks before the Nov. 3 election, Trump will accept his party’s nomination on the Republican National Convention’s final night with a speech asserting that a Biden victory would only worsen the crises besieging the country.

“At no time before have voters faced a clearer choice between two parties, two visions, two philosophies, or two agendas,” Trump was expected to say, according to excerpts provided to Reuters ahead of the evening.

“We have spent the last four years reversing the damage Joe Biden inflicted over the last 47 years,” he would say, referring to Biden’s career as a U.S. senator and vice president.

Though an incumbent seeking a second four-year term, Trump remains a self-styled outsider, an approach that won him the White House, his first elected office, in 2016 on a promise to end the crime and violence he said was afflicting the country.

His convention’s first three nights have focused heavily on trying to convince Americans that Democrats, not the Trump administration, are to blame for the racial strife convulsing U.S. cities.

At a fundraiser on Thursday, Biden, 77, accused Trump, 74 of using the specter of violence as a “political strategy,” rather than actually aiming to address it. Democrats formally nominated Biden at a convention last week.

“Donald Trump keeps saying it won’t be safe in Joe Biden’s America,” he said. “Their proof? The violence you’re seeing is in Donald Trump’s administration, Donald Trump’s America. Did they forget who’s president?”

Trump’s decision to speak from the White House to an expected crowd of more than 1,000 has drawn criticism that he is using the official residence for partisan purposes and ignoring the risk of coronavirus transmission.

Hours before Trump’s speech, a large crowd assembled in white chairs, with little evidence of social distancing or face masks, despite health experts’ recommendations. The coronavirus prompted both political parties to scale back their conventions and make events mostly virtual.

The Trump campaign said it had taken appropriate health precautions.

More than 180,000 people have died in the United States from the coronavirus – more than any other country, according to a Reuters tally – amid a fresh wave of protests over the latest high-profile police shooting of a Black American.

In Kenosha, Wisconsin, relative calm returned after three nights of civil strife ending on Tuesday – including arson, vandalism and deadly shootings – sparked by a police shooting that paralyzed a Black man.

Trump, a former New York real estate developer, is seeking to turn around a re-election campaign that has been largely overshadowed by a health crisis that has put millions of Americans out of work.

While his approval rating among Republican voters remains high, dissent is mounting within the party. In three open letters being published on Thursday and Friday, Biden won endorsements from more than 160 people who worked for Republican former President George W. Bush or for past Republican presidential candidates Mitt Romney and John McCain, the New York Times and Politico reported.

Trump, a former reality television host, and his advisers have set up his speech with a producer’s eye. His use of the White House as his backdrop has irked critics who say holding a political event there is a potential violation of the law.

Fireworks were expected over Washington’s nearby monuments at the conclusion of Trump’s speech.

The Republican convention has attracted fewer television viewers than its Democratic counterpart on two of its three nights so far, including on Wednesday, according to early Nielsen Media Research.

A total of 17.3 million people watched the third night of the mostly virtual Republican National Convention on Wednesday, according to Nielsen, fewer than the 22.8 million viewers for the third night of last week’s Democratic convention.

Democrats have criticized Trump’s aggressive response to demonstrations sparked by the May 25 Minneapolis police killing of George Floyd, a Black man.

On Wednesday, Trump said he was sending federal law enforcement and the National Guard to Kenosha, Wisconsin, after violent protests there following the police shooting of a Black man, Jacob Blake, in the back. 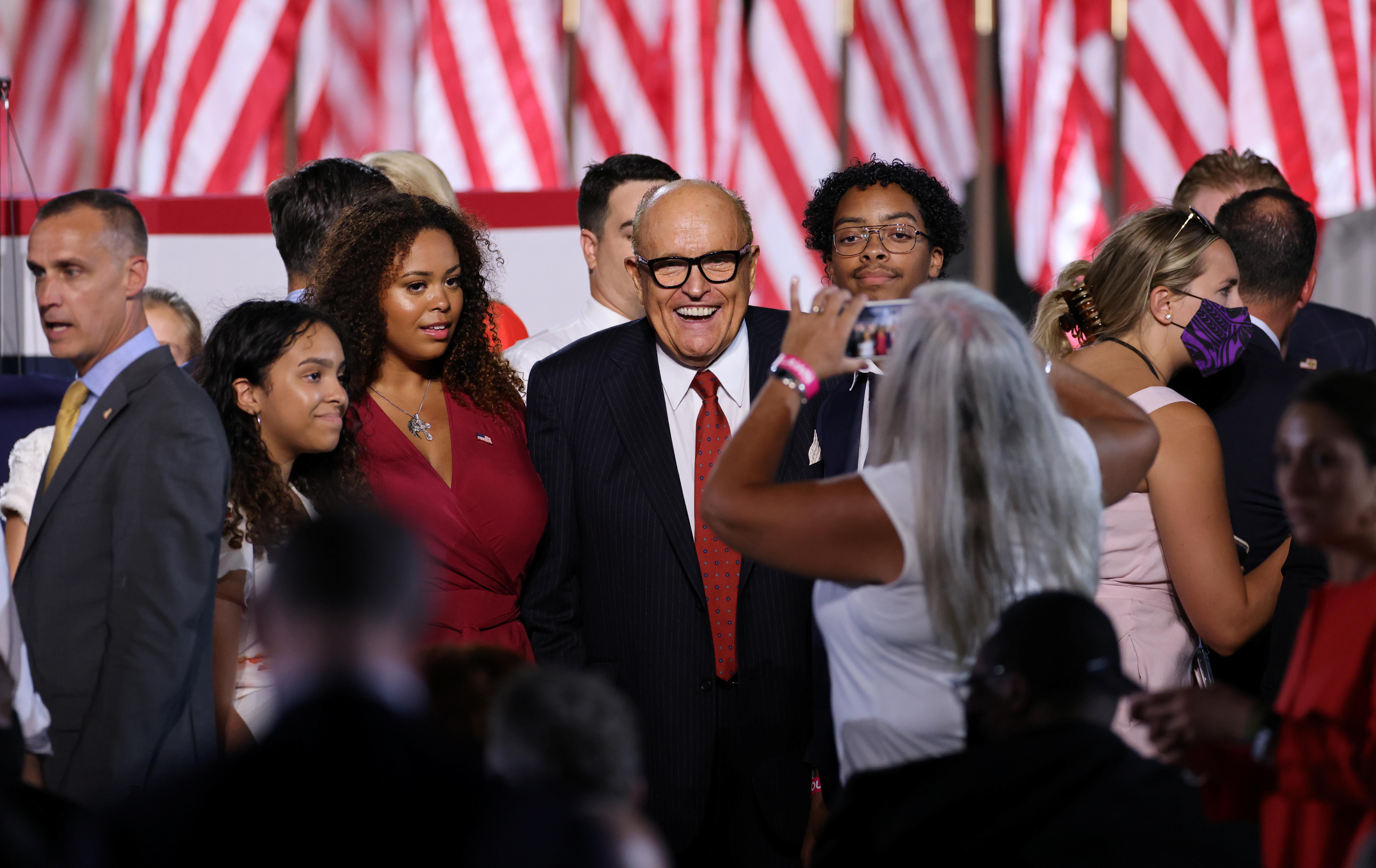 Trump kicked off the week on Monday by accusing Democrats of seeking to steal the election by advocating for mail-in voting. His previous high-profile speeches have also emphasized grim themes, including his inaugural address in January 2017 that described “American carnage.”

(GRAPHIC: Where Biden and Trump stand on key issues – here)