Home » Politics » Trump’s acting attorney general to affirm there was no evidence of widespread voter fraud in 2020.

The top Justice Department official at the time of the Jan 6. attack on the Capitol is expected to tell lawmakers on Wednesday that the department saw no evidence to undercut President Biden’s election win, even as Republicans continue to question the results and use those doubts to underpin restrictive voting laws.

The Justice Department “had been presented with no evidence of widespread voter fraud at a scale sufficient to change the outcome of the 2020 election,” Jeffrey A. Rosen, who served as the acting attorney general for the final month of the Trump administration, said in a prepared statement to the House Oversight Committee.

The department chose not to participate in legal challenges to the certification of the Electoral College results based on that assessment, his opening statement said, declining to appoint special prosecutors to look into election fraud or to ask state officials to overturn the results.

Mr. Rosen agreed to participate in the hearing about the delayed law enforcement response to the mob at the Capitol. 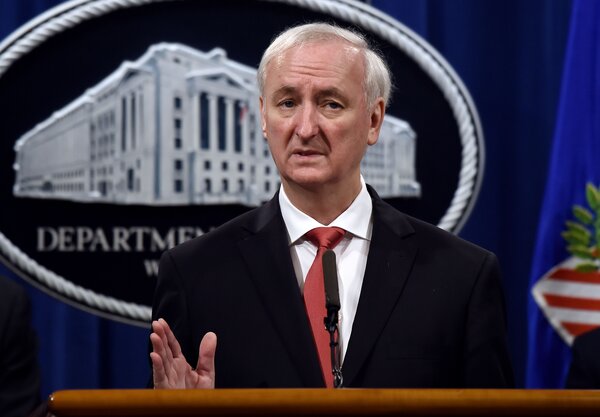 In preparation for the demonstrations, the Justice Department focused on gathering intelligence about potential threats and sharing it with the Homeland Security Department and local law enforcement, while the Metropolitan Police Department was primarily responsible for security. Mr. Rosen is expected to say that the number of protesters who gathered on Jan. 6 was on the low end of the department’s crowd size estimate.

The day before the riot, the F.B.I. also set up a national coordination center at its headquarters in Washington to disseminate information. “Based on the updates I received, I was confident that very substantial efforts were undertaken by D.O.J. personnel in advance of Jan. 6 to understand and prepare for the potential threats, and share that information with law enforcement partners,” Mr. Rosen is expected to testify.

He said in his opening remarks that his office took the additional step of pre-positioning tactical teams from the F.B.I., the A.T.F. and the U.S. Marshals Service near Washington, even though no other law enforcement agencies had requested them.

Mr. Rosen is expected to say that soon after the crowd breached the Capitol, the Justice Department responded to requests for help from the Capitol Police, congressional leaders and White House staff. Some personnel were on the ground soon after the calls were made, and “sizable numbers” arrived by 2:40 that afternoon to help clear the building and ensure that the election was certified.