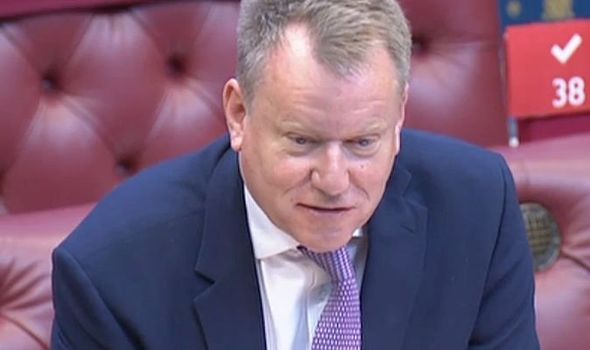 Britain is calling for a fix to the Northern Ireland Protocol, describing the creation of a border down the Irish Sea as “unsustainable” in the long run.

Unionists in Northern Ireland have accused the measures, implemented as part of the Brexit withdrawal agreement, of impacting trade from Britain to the province.

But Ms von der Leyhen has rejected calls for the Protocol to be replaced, saying there is “no alternative”.

Reacting to the remarks, Lord Frost said in the House of Lords today: “We noted the comments of the Commission President earlier this week.

“We continue with our discussions and hope to find pragmatic solutions.”