Home » Politics » ‘What are we compromising on?!’ Kay Burley skewers Alok Sharma on Brexit fishing sell-out

‘What are we compromising on?!’ Kay Burley skewers Alok Sharma on Brexit fishing sell-out

The Business Secretary was asked to reveal the compromises made by the UK’s Brexit negotiator David Frost in order to be able to come to an agreement on trade with the EU by the end of the year. Sky News host Kay Burley blasted: “There are lots of people who gave you, the Government, the mandate at the last election to push through us leaving the European Union.

“The Irish are saying that is happening.

“We’re told that the French have reportedly compromised on fishing.

“What have we compromised on?”

But in an attempt to dodge the question, Mr Sharma replied: “Well, we have already left the European Union. We did that early this year.

“What we’re doing is coming out of the transition period at the end of this year.

“What I’m not going to do is give a running commentary.” 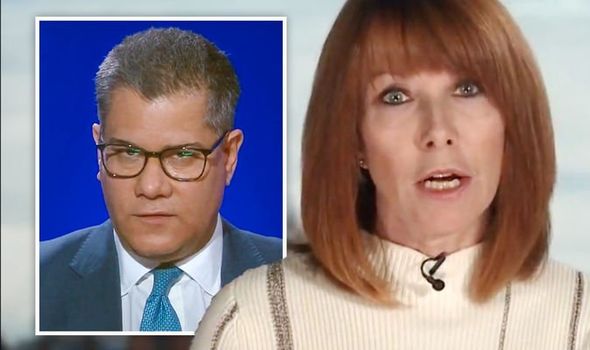 The Sky News host raged: “Why not? You represent the British people!

“You’re doing it on our behalf. Why is it a secret? We should know what’s going on!”

“I hope that we will end up with a free trade agreement,” Mr Sharma replied.

“We have made progress but there is still some way to go and we need to make sure that the EU understands that the UK is a sovereign nation and that’s the basis on which our arrangement with the EU is in the future.”