What gave Biden the edge over Sanders? Five takeaways

The former vice president’s appeal to broad and diverse segments of Democratic voters cemented his victories over rival Bernie Sanders, according to exit polls and results.

In some cases, Biden outperformed 2016 Democratic presidential nominee Hillary Clinton with key groups, suggesting that Sanders’ path to the nomination has narrowed.

Here are some explanations for Biden’s success on Tuesday:

As he did on Super Tuesday, Biden easily outpaced Sanders with female voters, part of the lifeblood of the Democratic Party. In Michigan, while Biden and Sanders were neck-and-neck among male voters, Biden dominated his opponent among women, according to the Edison Research exit polls.

In Michigan, Biden held about a 20-point advantage with all women. It bloomed to 30 points in Missouri. Already strong with black female voters, Biden showed appeal to white female voters as well, including those with and without a college degree, beating Sanders by double digits with both groups in those states.

In Michigan, Biden performed better among female voters against Sanders than Clinton had. In 2016, Clinton won over female voters by seven percentage points, according to exit polls. On Tuesday, polls showed Biden with 59% of that vote and Sanders garnering 36%.

Sanders may have been damaged by the perception that his base of support is largely young males who express themselves aggressively online, said Joel Payne, a Democratic strategist who worked for Clinton in 2016.

“There’s been a lot of vitriol and misogyny,” he said. “I think that probably hasn’t helped him.”

Sanders has disavowed his most abusive online supporters while defending the majority of his backers.

“We have over 10.6 million people on Twitter, and 99.9 percent of them are decent human beings,” Sanders said at a recent debate.

On the campaign trail, female voters voiced anger over Sanders’ protracted 2016 primary battle against Clinton, which they felt damaged her and the Democratic Party.

Sanders has largely shrugged off such criticism. “I don’t want to relive 2016. We’re in 2020 now,” he said this week on Fox News Channel.

Sanders’ big advantage over Biden in Michigan and elsewhere was supposed to be with white, working-class voters – particularly men – who were drawn to his anti-corporate rhetoric and his call for universal healthcare.

But in Michigan, a heavy manufacturing state, Biden was evenly matched with Sanders among white men without a college degree, exit polls said. In 2016, Sanders hammered Clinton in that category, 57% to 42%.

Biden also beat out Sanders among union households, after Sanders had beaten Clinton among those voters four years ago. Biden made his support of the 2009 auto bailout that saved jobs in Michigan a central part of his pitch.

Michael Ceraso, who worked for the Sanders campaign in 2016, said Sanders had become a less potent candidate this time around.

“His message doesn’t quite resonate this cycle in the same way it did before,” Ceraso said. “This election is about heart over head. Biden is the heart. Voters feel connected to him in a way that Clinton couldn’t do.”

In Michigan, Biden did especially well as compared to Clinton in the suburban counties surrounding Detroit, considered to be key battlegrounds in the general election against the Republican Trump.

The former vice president had double-digit leads over Sanders in Macomb, Oakland and Wayne counties. Macomb voted for Trump over Clinton in the general election.

Suburban voters were key to Democratic efforts to win back moderate districts and seize control of the House of Representatives in 2018.

Projected turnout in Michigan was 1.7 million, up from 1.2 million in the 2016 primary, which could be good news for Biden in a matchup against Trump.

Trump’s win over Clinton in Michigan in 2016 by just over 10,000 votes helped deliver his White House victory.

While Sanders has boasted that he could persuade more young voters and working class voters to show up at the polls, it has been Biden who has seen a wave of new support from suburbanites, particularly women.

“The surge has been with the center-left of the party,” rather than among the progressive wing, Payne said.

As the spread of the new coronavirus has become a front-burner issue on the campaign trail, Biden seems to be the candidate who has benefited the most.

In Washington state, which also held a primary on Tuesday and is the U.S. epicenter of the threat, Biden was the clear choice among voters who said they were concerned about the virus. Among those who described themselves as “very concerned,” Biden, who spent 35 years in government as a senator and vice president, held an advantage of 41% to 25% over Sanders.

In Michigan, when voters were asked which candidate they trusted more to handle a crisis, about half the voters surveyed picked Biden, while 32% chose Sanders. 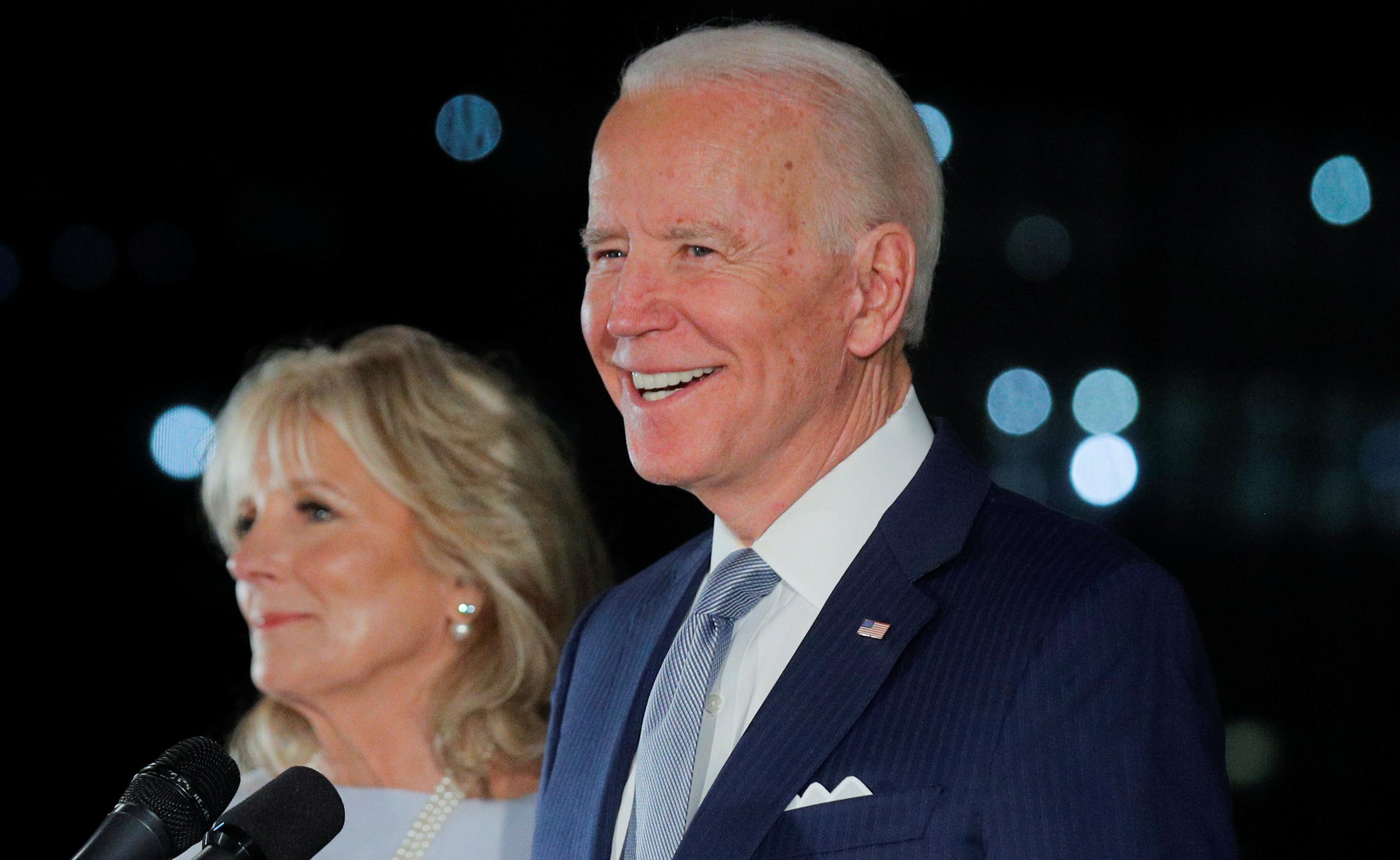 Sanders, a self-described democratic socialist, continued to struggle with voters outside his ideological lane.

For voters whose top priority is to “unite the country” – a persistent Biden campaign theme – he was the stark favorite. In Michigan and Missouri, more than 80% said Biden was the best hope to bring people together. In Washington, it was 54%, but Sanders drew a measly 15%.