Home » Politics » What is a ‘trade war’? EU appears to threaten UK over increasing border row

What is a ‘trade war’? EU appears to threaten UK over increasing border row

Disputes over the Northern Ireland border to the rest of the UK have ramped up in recent months, as the implementation of the Northern Ireland Protocol – border checks on goods entering NI – inflames tensions and threatens the Good Friday Agreement. Talks have been ongoing over a solution to the issue – which was settled during Brexit negotiations but has since unravelled – but has yet have not provided a workable solution.

So what is a trade war?

A trade war is defined as an economic conflict that arises from protectionism.

Protectionism is the practice of restricting imports from countries through methods such as tariffs or quotas.

In a trade war, states involved might raise or create new tariffs or trade barriers against each other in retaliation to one another.

Read More: Queen vital in smoothing tension between Biden and Johnson on Brexit 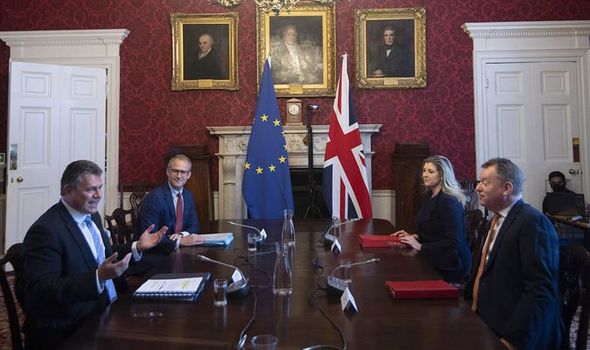 Trade wars have the potential to escalate into full-blown conflict – for example, the Anglo-Boer wars all started as trade wars.

The World Trade Organisation was built to avoid trade wars and the damage they do to the global economy.

This isn’t a fail-safe, however, with trade wars still existing in some form in many countries.

For example, the US and China have been locked in a trade war since 2018, while Japan and South Korea resolved a trade dispute last year. 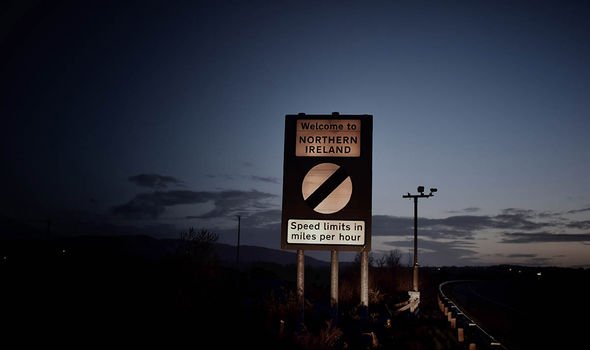 Why is there a risk of a trade war over Northern Ireland?

The arrangement keeps Northern Ireland in the EU single market for goods, while the rest of Great Britain is outside it and not subject to any EU rules.

Unionists oppose the plans, which have effectively created a trade border in the Irish Sea between Northern Ireland and the rest of the UK.

Border checks were due to be implemented in January, but increasing tensions and disruptions have led to the UK delaying plans and forgoing commitments laid out in the Brexit agreement to prevent further upset in the region.

Put simply, the issue which risks a full-blown trade war is that the EU has accused Britain of failing to honour the commitments agreed upon in the Brexit deal, and the UK has accused the EU of being too rigid in the implementation of the new rules.

Mr Sefcovic said he was “positive we can find a solution” but added: “Our patience really is wearing very, very thin, and therefore we have to assess all options we have at our disposal.”

This could include legal action, arbitration or retaliatory trade measures such as tariffs, he explained, hinting at the threat of a trade war. 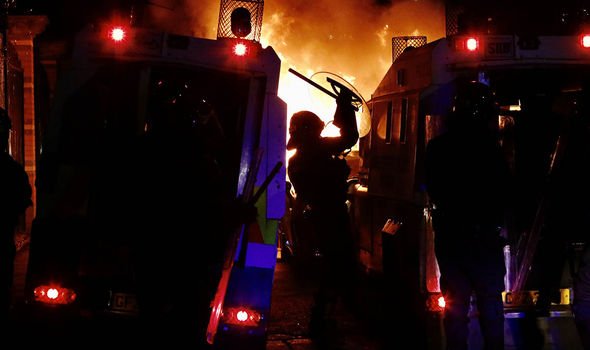 He said “trust” had to be restored between the two sides, after the UK had broken the terms of the 2019 deal.

But the UK has said it’s ready to ignore the rules for checking goods entering NI as agreed in the Brexit agreement to prevent further disruption.

Mr Sefcovic said: “If the UK were to take further unilateral action in the coming weeks the EU will not be shy in acting swiftly, firmly and resolutely to ensure the UK abides by its international obligations.”

Boris Johnson said a solution that protects trade flows and the peace process was “easily doable”. 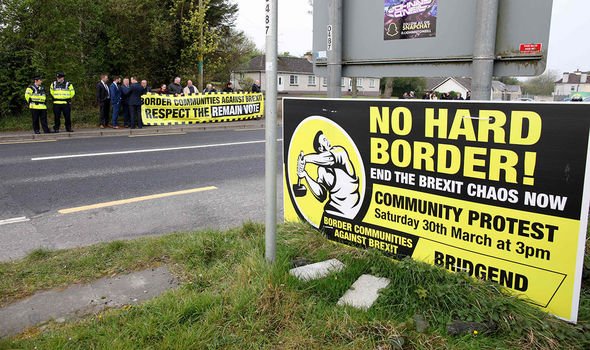 And he dismissed talk of a trade war with the EU, saying he was “not worried” the issue would overshadow talks in this week’s G7 summit.

US President Joe Biden has said he has “deep” concerns about the threat a trade war would pose to peace in Northern Ireland.

Mr Johnson said everyone needed to be “absolutely clear” that the purpose of the Northern Ireland protocol was to “uphold the Belfast Good Friday Agreement, to make sure that we keep the balance in relationships in Northern Ireland”.

A UK source close to the negotiations said: “Nobody wants to get into a trade war or anything close to it.”

The source said it was “much better to find agreed ways forward” and that “the people in Northern Ireland want solutions, not threats”.

“But unfortunately we have got used to living in an atmosphere where there are threats.”

Speaking after his meeting with Mr Sefcovic, Lord Frost said the protocol was “being implemented in a way which is causing disruption in Northern Ireland and we had some pretty frank and honest discussions about that situation”.

“What we really now need to do is very urgently find some solutions, which support the Belfast Good Friday Agreement, Support the peace process in Northern Ireland and allow things to return to normal.”