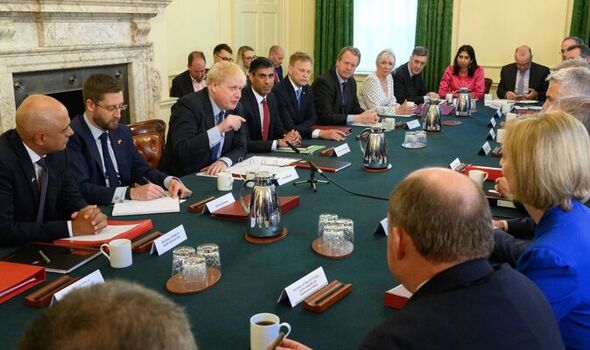 Grant Shapps, Transport Secretary – No 10’s go-to man whenever the PM is in trouble, he has defended Mr Johnson and said he was staying.

Liz Truss, Foreign Secretary has repeatedly backed Mr Johnson with her full support – but her leadership ambitions are well known.

Priti Patel, Home Secretary has called on MPs to back the PM. A source said: “She’s staying.”

Nadine Dorries, Digital, Culture, Media and Sport Secretary tweeted that she was “100 per cent behind the PM.”

Steve Barclay, Chancellor of the Duchy of Lancaster was appointed the new Health Secretary last night.

Michael Gove, Levelling- Up Secretary – staying. Once a close ally, he still supports the PM.

Alister Jack, Scotland Secretary – staying. Said in a statement that he was “sorry to see good colleagues resign.”