JERUSALEM (Reuters) – Orthodox Christians celebrated Easter in Jerusalem on Sunday, bringing to a close a holiday season uniquely devoid of the colourful ceremonies that would normally have echoed around the Old City’s Christian Quarter. 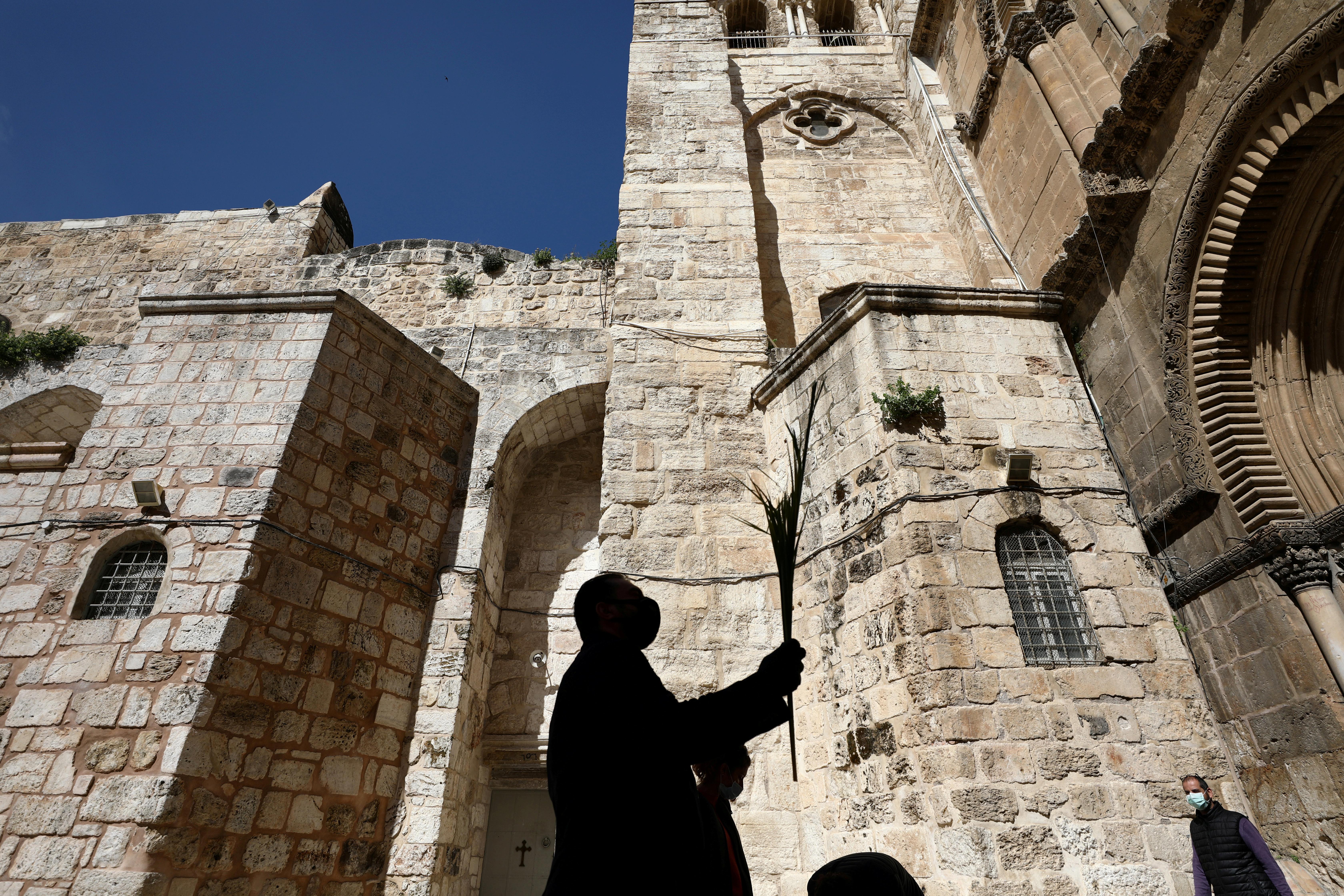 From the moment in late March that the doors of the Church of the Holy Sepulchre slammed shut to the public half way through the penitential season of Lent, Eastern and Western churches alike knew that the most important festival in the Christian calendar would likely be marked without pilgrims this year.

That was the case, as Israel moved swiftly to curb the spread of the coronavirus with restrictions on public gatherings.

With Roman Catholics celebrating Easter on April 12, a week ahead of the Orthodox church, the Latin Patriarchate marked Holy Week without the usual Palm Sunday procession into the Old City accompanied by thousands of worshipers.

Instead. a handful of Franciscan friars led by Father Francesco Patton, the custodian of the Holy Land for the Catholic church, carried out lonely pilgrimages along a deserted Via Dolorosa, reciting, he said, “a special prayer for the pandemic”.

After the Western church held their congregation-less Good Friday and Easter Sunday services inside the Sepulchre, it was the turn of the Eastern churches.

These were led by the Greek Orthodox and Armenians who share with the Catholics the main rights to the Sepulchre through an arrangement drafted under 19th century Ottoman Turkish rulers to ease centuries-old tensions between the denominations.

“The world today became united, east and west, to combat this pandemic. What I wish is that after we overcome this pandemic, we should unite to defend human morals and values,” said Greek Orthodox Archbishop Atallah Hanna after a downsized ‘Washing of the Feet’ ceremony on Thursday.

Two days later, with only tolling bells and a few clerics for company inside the cavernous Sepulchre, Greek Orthodox Patriarch Theophilos III carried out the normally cacophonous ceremony of the Holy Fire, symbolising Jesus’ resurrection.

Jerusalem, which has sites sacred to Judaism, Islam and Christianity, must wait until next year to see if normality returns.