HONG KONG (Reuters) – When Hong Kong student Wendy received a question from her geography teacher during an online class, she scrambled to unmute her mother’s cellphone, but the screen kept freezing. She had already used up her monthly five gigabytes data allowance. 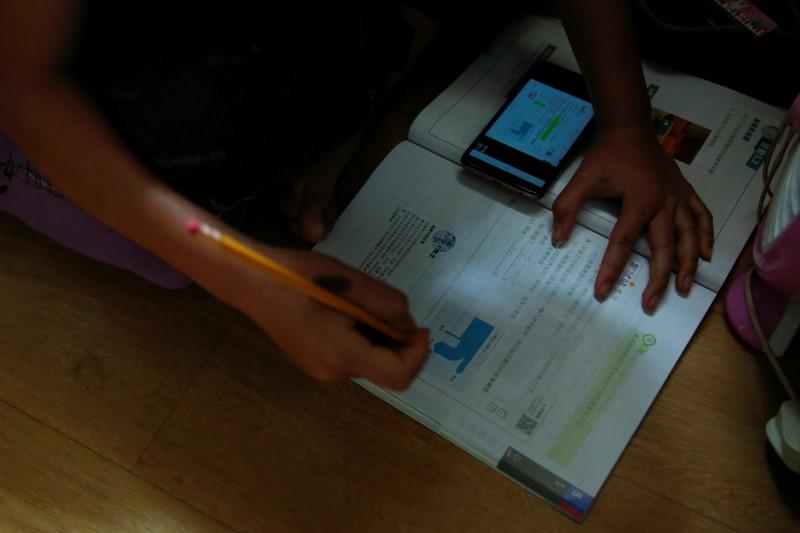 The teacher repeated the question twice before marking her absent.

With schools in the Chinese-ruled city shut since January due to the coronavirus, the switch to online learning at home is frustrating teachers, parents and students.

In a sign of what the rest of the world can expect as American and European schools shutter, the move is also exacerbating the learning gap between the haves and havenots.

Schools in several African nations and across large parts of Asia have also been closed to prevent the spread of the virus and most have shifted to teaching students online.

For students with limited resources, like Wendy, learning has suddenly become more difficult.

“When the data exceeds the limit, I can’t really hear much of what the teacher says as the video becomes very slow,” the 12-year-old said in her one-room, tin-roofed house she shares with her single, unemployed 48-year-old mother Ada. They spoke on condition their last name would not be made public.

“Sometimes, the system logs me out when the internet connection is really bad,” Wendy added. She does own a church-donated laptop but cannot afford broadband so the phone is her only means to get online.

The Society for Community Organisation (SoCO), a non-profit that works on poverty alleviation, estimates 237,100 Hong Kong children out of about 1 million come from low-income families.

“The education policy is to stop classes and not stop learning,” SoCO says. “But grass-roots students who lack resources have been forced to stop both classes and learning.”

Exasperated by the constraints, Wendy turns to chopping wood and household activities she finds relaxing.

“She can and wants to learn, but she can’t learn now due to the epidemic,” Ada said in tears, before serving Wendy’s favourite tomato eggdrop soup for lunch at their village home near the border with mainland China.

More than two thirds of parents, regardless of income, believe their children have difficulty learning at home, according to a February survey by the Education University of Hong Kong. A SoCO survey of nearly 600 low-income students shows more than 70% don’t have computers and 28% have no broadband.

Government agencies are disbursing subsidies for internet access and computer purchases, while schools can lend laptops and keep doors open with on-duty staff for students who need in-person learning support or who don’t have caretakers at home, the government’s education bureau said.

Ada cannot afford enough facemasks and is reluctant to allow Wendy to make the two-hour roundtrip to school regularly.

Money isn’t the only problem. Phyllis Cheung, executive director of Hong Kong Unison, a rights group for ethnic minorities, said 80% of the 30 families they contacted were unable to help with homework because of language barriers.

“If you don’t read Chinese, you can’t understand the instructions, let alone teach your children,” she said.

Other parents are not able to stay at home to help their children.

“If you work in security or as a street cleaner, these are not jobs you can do from home,” Cheung said.

Remedial classes and after-school programmes aimed at helping low-income students keep up with their richer classmates, who often receive private tutoring or whose better educated parents can help with homework, are also suspended.

“The learning gap will grow increasingly big,” said Hong Kong primary school teacher Leung, who only gave his surname to avoid drawing attention to his students.

Wendy ranked fifth in her class before the coronavirus outbreak, which has killed four of Hong Kong’s roughly 200 patients. Having been marked absent a few times already, she worries she’ll fail the 80% attendance requirement, a setback in her pursuit to become a doctor.

“If there was an epidemic, I could go help the sick,” she said of her future.