Home » World News » Afghanistan: The US servicemen who died in the attack on Kabul airport

Afghanistan: The US servicemen who died in the attack on Kabul airport

As thousands of people sought a way out of Afghanistan to escape the Taliban, scores of them were killed in a suicide bombing outside Kabul airport on Thursday.

The devastating attack by Islamic State offshoot ISIS-K which killed between 79 and 169 Afghans and 13 US military personnel – most of them Marines.

None of the Afghans who were killed have been identified, however, names have started to emerge of the US troops who died as their families and loved ones pay tribute. The 20-year-old was a Marine from Bondurant, Wyoming, whose wife is expecting a baby in three weeks, according to his sister Cheyenne McCollum.

“He was so excited to be a dad, and he was going to be a great dad,” she said, adding that he had wanted to be a history teacher and a wrestling coach after his service.

Another sister, Roice McCollum, told the Casper Star Tribune that her brother was on his first deployment.

The Lance Corporal, 20, is survived by his parents and three siblings, who were described by family friend Paul Arreola as “heartbroken”.

Mr Arreola said Mr Nikoui was an “amazing young man” who had always wanted to be a Marine, adding: “He loved this country and everything we stand for. It’s just so hard to know that we’ve lost him.”

Mr Nikoui was in the Junior Reserve Officers’ Training Corps and the Norco High School Air Force JROTC said on Facebook that he had been “one of our best Air Force JROTC cadets”.

He had sent videos to his family hours before his death of his interactions with Afghan children, telling one of them: “All right, we’re heroes now, man.”

The 20-year-old Marine Lance Corporal grew up in St Louis and his father was told of his death when Marines came to his home in Wentzville, Missouri, in the early hours of Friday.

Mr Schmitz said: “(Being a Marine) was something he always wanted to do, and I’ve never seen a young man train as hard as he did to be the best soldier he could be.

“His life meant so much more. I’m incredibly devastated that I won’t be able to see the man that he was very quickly growing into becoming.” 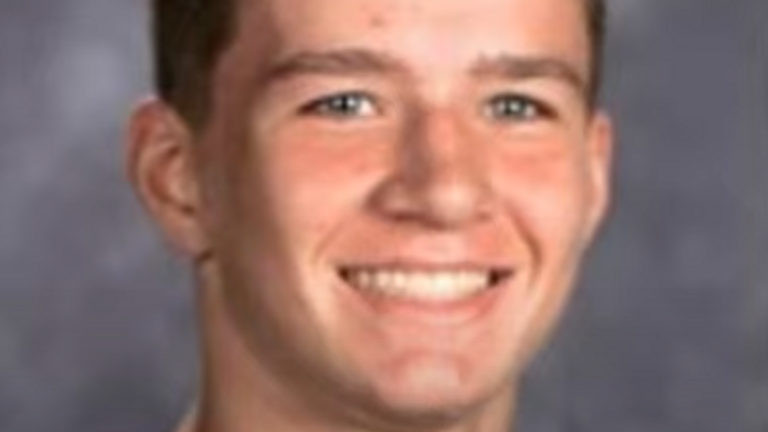 The navy medic was described by his sister Marilyn as “my beautiful, intelligent, beat-to-the-sound of his own drum, annoying, charming baby brother”.

Mr Soviak, from Ohio, was remembered by his family in a statement as “a wonderful son who loved his family, his community, and was proud to serve in the US Navy”.

“He was excited about the opportunities the navy would offer him and planned to make the navy a career.

“We are incredibly proud of his service to our country.”

The Staff Sergeant, 31, was an 11-year veteran of the Marines from Utah, with two sisters and a girlfriend in California.

His father, Darin Hoover, was told of his death when Marines came to his house in Salt Lake City on Thursday night.

Mr Hoover said of his son: “He is a hero. He gave his life protecting those that can’t protect themselves, doing what he loved – serving his country.”

He said he had heard from Marines throughout the day on Friday who had served with his son and said they were grateful to have had him as their sergeant.

“They look back on him and say that they’ve learned so much from him. One heck of a leader.

“He was the most loving, giving, understanding person you could ever meet.”

The Corporal, 23, was based at Camp Pendleton in California and had hoped to go to trade school and possibly become a lineman after his service ended.

Page was raised in Red Oak, Iowa, and joined the Marines after finishing high school.

He leaves behind a girlfriend, parents, step-mother and step-father, four siblings, and grandparents.

In a statement, his family said: “Daegan will always be remembered for his tough outer shell and giant heart.

“Our hearts are broken, but we are thankful for the friends and family who are surrounding us during this time. Our thoughts and prayers are also with the other Marine and Navy families whose loved ones died alongside Daegan.”

The 23-year-old Army Staff Sergeant was a motivated man who loved his country and was looking forward to moving to Washington DC on his return from Afghanistan, his family said.

His grandfather Wayne Knauss told WATE-TV in Knoxville, Tennessee: “He was a believer, so we will see him again in God’s heaven.”

His step-mother Linnae Knauss described him as “a super-smart, hilarious young man”.

Mr Knauss had only been in the country for a week before his death, and had previously spent nine months in Afghanistan, his grandmother told WVLT. 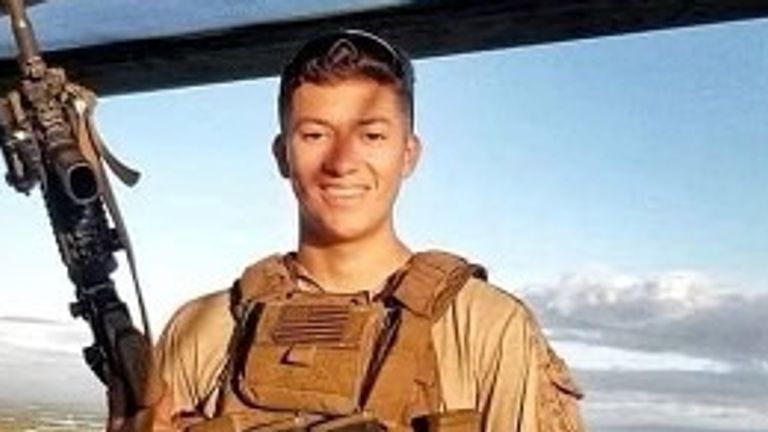 The 22-year-old worked with the sheriff’s department for three years before joining the Marines in 2017, according to Riverside County Sheriff Chad Bianco.

Mr Bianco said Mr Lopez planned to follow in this parents’ footsteps and become a sheriff’s deputy after his deployment.

On Facebook, he said: “I am unbelievably saddened and heartbroken for the Lopez family as they grieve over the loss of their American hero.

“Our entire department is mourning this tragic loss. The Lopez family exemplifies the meaning of service above self.”

The Lance Corporal, 20, was from Laredo, Texas, and his death was confirmed by Congressman Henry Cuellar.

“When he joined the military after high school, he did so with the intention of protecting our nation and demonstrating his selfless acts of service.”