SAO PAULO (Reuters) – As Oswaldo dos Santos watched several men in protective suits dig a hasty grave for his 36-year-old son, his grief was mixed with fear: What if he had the coronavirus? What if they all did? 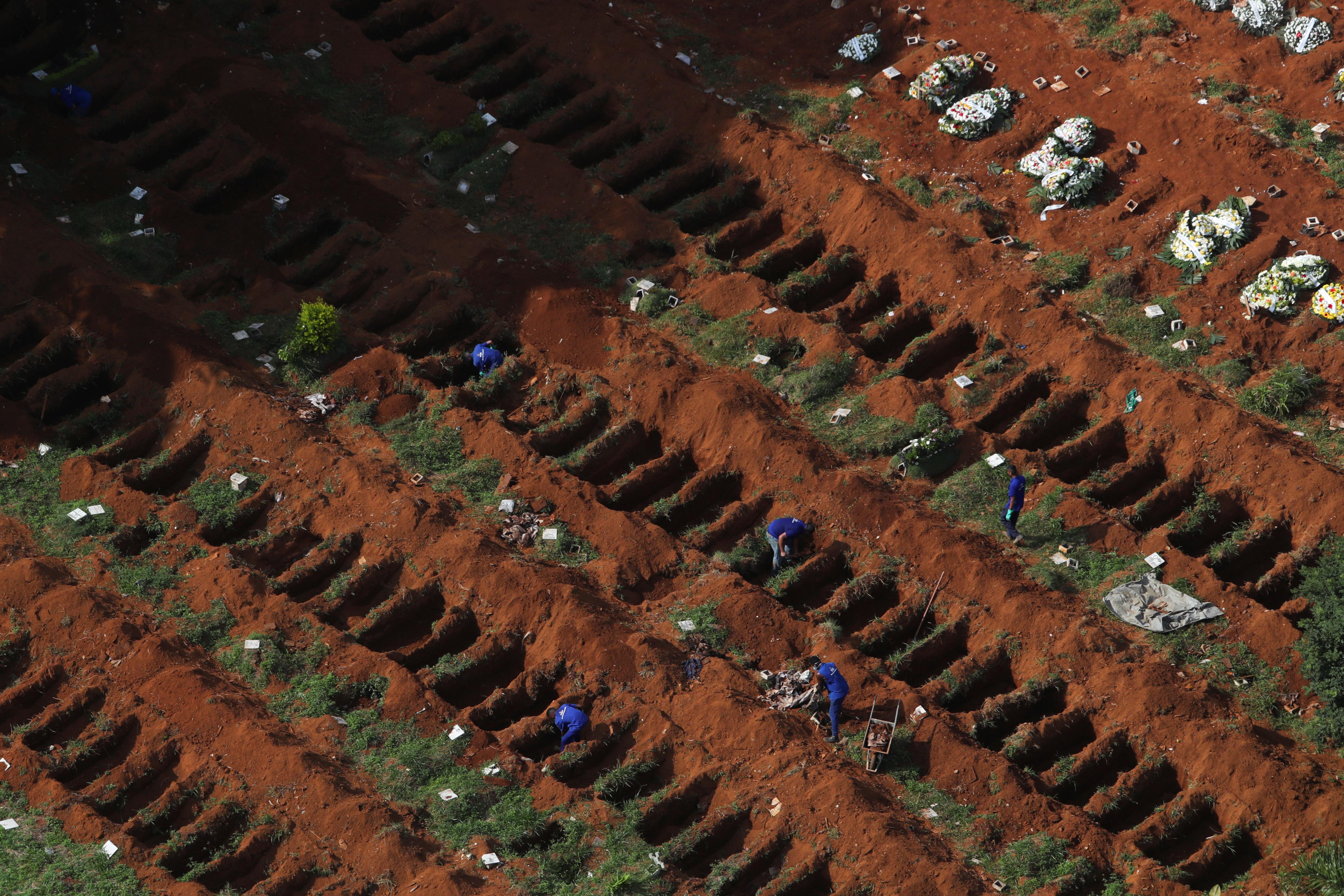 Dos Santos lived with his son until Sunday, when he was suddenly hospitalized with severe respiratory problems. Like so many now filling the graves in Brazil’s biggest cemetery, the son died before getting the results of a coronavirus test.

“I think he had the disease,” Dos Santos told Reuters from among more than 1.5 million graves in Vila Formosa, on the outskirts of Sao Paulo, where freshly dug rows are filled with the bodies of those infected – knowingly or not – by the virus.

The burial took 10 minutes, under new guidelines to limit crowds and contagion.

The grave diggers of Vila Formosa are working at a grueling pace, as their load has doubled to almost 60 burials per day. Workers are convinced the coronavirus is quietly killing far more than official statistics show.

“That row of graves was meant to last three months, but it only lasted one,” one worker said, pointing at a section covered in freshly topped soil.

Five grave diggers told Reuters that the number of burials has swelled with the ranks of those who died before getting the results for coronavirus tests. Those cases are not immediately counted in Brazil’s official statistics, which on Thursday rose to almost 300 dead and 7,910 confirmed cases, by far the most in Latin America.

“The numbers in the newspapers are very wrong,” said one grave digger. “The real number is twice as high, maybe triple.”

Brazil’s health minister, Luiz Henrique Mandetta, acknowledged on Wednesday that coronavirus cases are likely underreported due to delays in testing.

Sao Paulo’s city’s funeral services agency, which oversees the Vila Formosa cemetery, did not respond to a request for comment and did not respond to questions about the number of burials. Staff at the cemetery asked not to be named for fear of reprisal, but showed death certificates that identify some dead as potentially having had the coronavirus.

Bodies of those with unconfirmed coronavirus are treated the same way as those with confirmed diagnoses. The bodies are wrapped in plastic. The grave diggers wear protective gear. There is no formal ceremony.

Cremation is uncommon in Brazil, where Catholic traditions run deep. The city of Sao Paulo operates 22 cemeteries but just one public crematory.

Small crowds were still gathering around Vila Formosa on Thursday, with many wondering aloud if their loved ones had died of the coronavirus or had spread the disease to them.

At one point, there were six burials happening at the same time, all along a short row of new graves.

“Crowds are a problem,” said Joao Batista Gomes, a union leader at the cemetery. “That’s why our union is advocating for the cancellation of all funerals.”