Saharan dust will blanket parts of Europe, according to the latest BBC weather forecast. BBC meteorologist Nick Miller warned that “more dust in the air from Africa” will sweep across Europe, starting with Spain on Sunday. This comes amid record-breaking February temperatures on the continent, with parts of Germany soaring to 21C earlier this week.

“It is not getting cold though. Temperatures will still be at or above the average for this time of year.

“There will also be plenty of fine, settled weather around this weekend.

“High pressure close to the UK – its influence is being felt across a large part of Europe with settled conditions.”

JUST IN: Ruth Davidson says Sturgeon ‘will have no choice’ but to resign 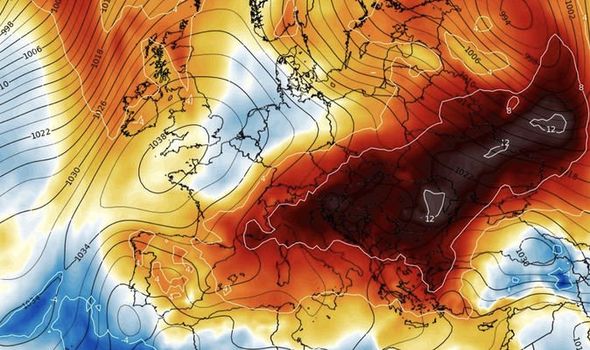 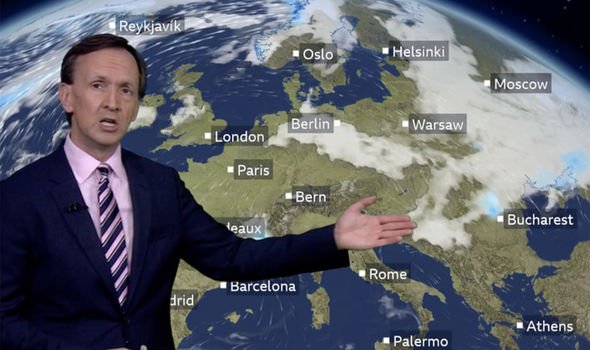 He warned that snow and rain will impact eastern areas of Europe and into Russia.

Mr Miller explained: ” There is a trailing weather-front sinking southwards toward the Black Sea.

“That has a bit of rain, a little bit of patchy snow in some spots associated with it.”

Into Sunday, the weather forecast is dominated by wind, particularly across eastern areas. 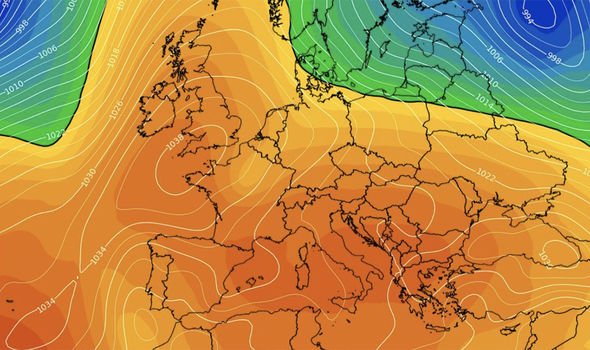 The BBC meteorologist said: “That weather system will take some rain and snow into Turkey.

“The odd shower around across southern areas of Greece. Quite windy through Croatia’s Adriatic coast. Those winds could be disruptive.

“Still, a lot of fine weather through Iberia, though we could see some more dust in the air from Africa, and some wet weather across northern coastal areas of Norway.” 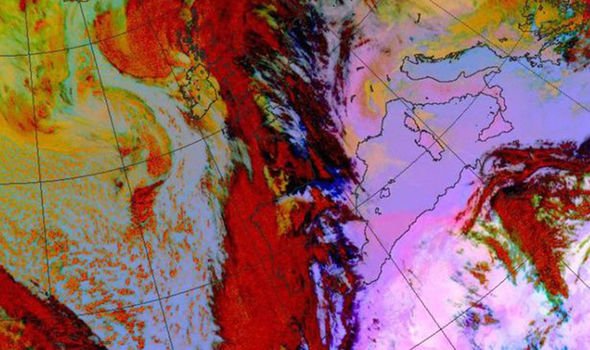 London will experience a brief dip in temperatures on Monday before warming up again.

Cities such as Athens will near 20C into next week, according to the forecast.

Earlier this week, dust from the Sahara hit parts of the UK, turning skies across the country orange and red.

The Met Office warned that warm southerly winds brought dust and sand particles transported over 2,000km from the Sahara Desert.