BBC Weather: Heavy snow to blanket Europe in 24 hours with one country basking in 23C heat

Heavy snow will bring disruption across several countries in Europe, according to the latest BBC weather forecast. BBC metereologist Susan Powell suggested that the UK, France and Germany could be hit by a return to wintry weather. However, Portugal look set to be the outlier in Europe, as Lisbon bakes in 23C temperatures across the coming week.

BBC’s Susan Powell said: “The weather picture for Europe across the next few days is going to be a fairly complicated one, for sure.

“We have a big area of high pressure here, out towards the west, over the Iberian peninsula, that will do a very good job at settling things down across Iberia and eventually the west of France.

“But this area of low pressure will dive down across the Low Countries, into the east of France, affecting Germany and particularly the Alps on Monday, dropping some heavy snowfall here.

“So Monday will see cold northwesterly winds and another area of low pressure brings heavy rain into Greece and Turkey.” 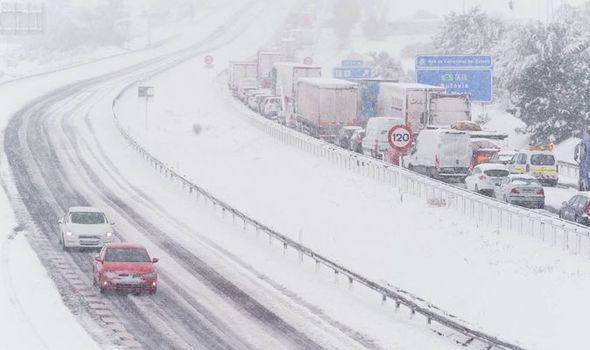 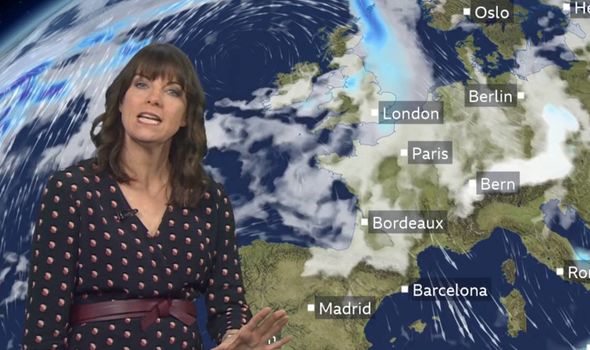 She continued: “There will be strong winds across the Aegean and Adriatic Sea on Monday and a difficult mix of wet and windy weather getting into Hungary and Romania.

“Contrast that to the clear blue skies and sunshine for Spain and Portugal.

“It is clear in the west of France as well, but to the east we will see further outbreaks of rain.”

She warned that the wintry weather could return to much of Europe by Tuesday. 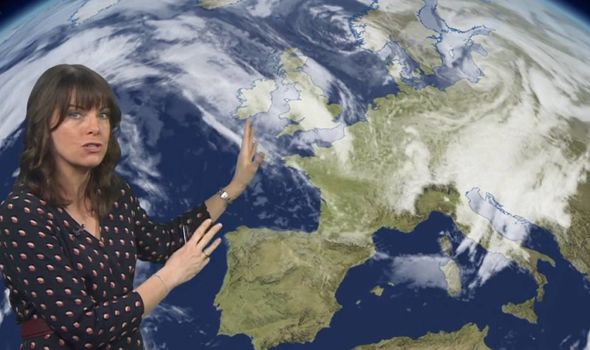 The BBC weather presenter explained: “From Monday into Tuesday, that high pressure gradually starts to progress in from the west.

“But we are left with a northernly air stream down from the North Sea, so across eastern England, France and even Switzerland we could see outbreaks of wintry weather.”

This comes as Storm Klaus struck Germany, the Low Countries and Switzerland this week, reaching hurricane-like winds of 100km per hour. 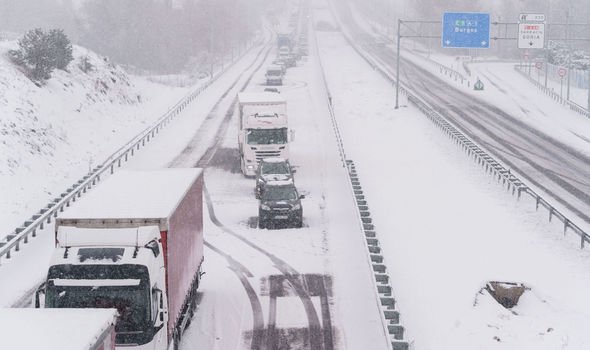 Earlier this week, heavy snowfall caused several accidents in Finland, even leading to a pile-up of dozens of vehicles on one national road near Helsink.

For the UK, a new weather system is forecast to hit the UK tomorrow as northerly winds bring wintry conditions and bitterly cold lows of -3C.

Snow risk maps from Netweather on Thursday, March 18, showed swirls of red, yellow and green sweeping over northern regions of the UK, including Scotland, Northumberland, Cumbria, Liverpool and Manchester.

This suggests there is between 30 to 85 percent chance of snow hitting.