BBC meteorologist Ben Rich warned today could possibly be one of the hottest days of the year so far. The weather presenter noted had temperatures already over the last few days had reached up to 28 degrees in northern Scotland alone. Mr Rich told BBC Breakfast viewers the UK was probably not going to get quite as high as that today but would have a lot of sunshine.

He said: “It is a very promising start to the final day of May if you do like sunshine.

“It will be warm and sunny for most, but as we start of there will be some contrast.

“Parts of northeast England and eastern Scotland do have some of that low cloud, mist and fog around at the moment.

“It should tend to clear pretty quickly through this morning over the next couple of hours.” 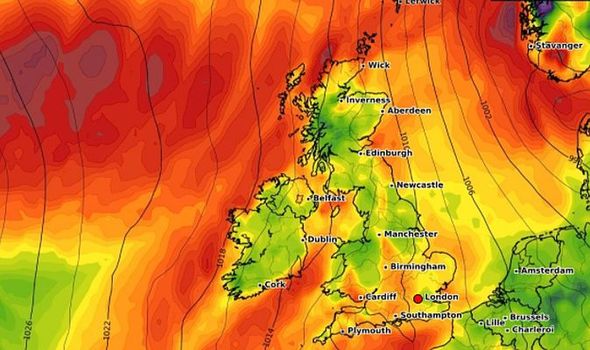 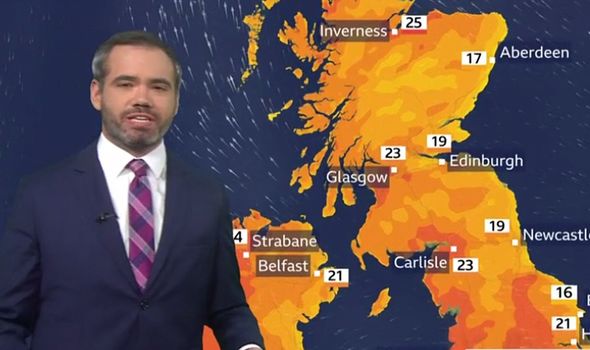 Mr Rich continued: “Then as we go through today, we’re looking at long spells of sunshine.

“I think we’ll see a bit of patchy fair weather cloud developing across parts of England and Wales.

“There may be some high cloud at times, turning the sunshine hazy in Northern Ireland and Scotland.

“But, like yesterday, there’s a noticeable easterly breeze, particularly if you’re spending your day close to the North Sea coast.” 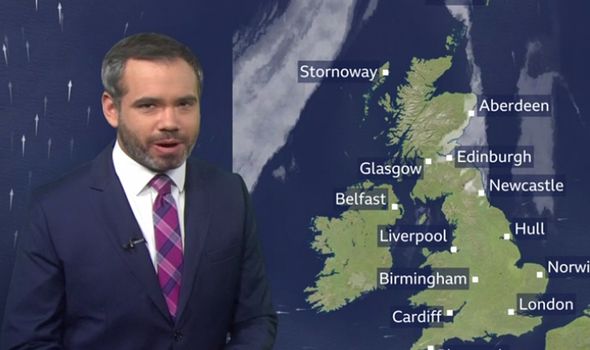 The BBC presenter added: “It will be 17 degrees in Aberdeen this afternoon but with some shelter from that wind in Inverness, more like 25.

“In western counties of Northern Ireland, it will get up to 14 degrees as well.

“Parts of the east coast of England will reach only 16 in Bridlington.” 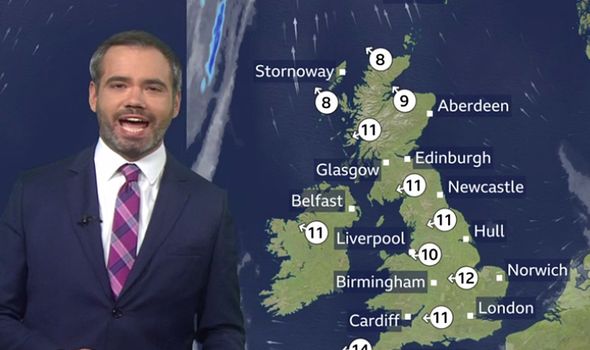 Mr Rich told BBC viewers: “But for parts of north west England it can reach up to 25 in Liverpool.

“Through west Wales and the west country, maybe north Cornwall could see highs of 26, possibly 27 degrees.

“Now as we head through this evening, we’ll have some sunshine to end the day.

“Overnight it’s dry with some clear spells but again I think we’ll see some of that low cloud and fog developing across eastern Scotland, parts of northeast England and down into Yorkshire as well.

“Temperatures will be between seven and 12 degrees.”