‘Been wrong on EVERY foreign policy issue over 40 years!’ Biden blasted for Afghan failure 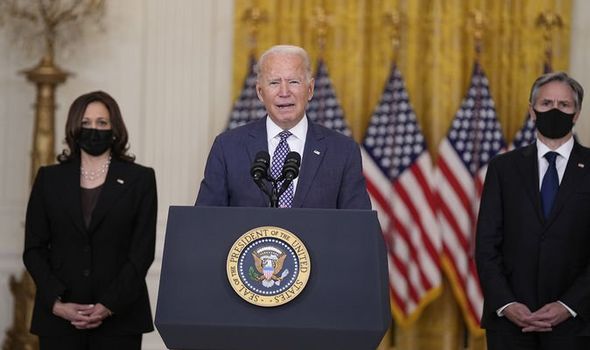 Robert Gates, the venerable defence secretary in both the Bush and Obama administrations, said Biden has, “been wrong on nearly every major foreign policy and national security issue over the past four decades.”

To wit, he opposed the successful 1991 Gulf War, supported the 2003 war in Iraq, and advised Obama against the 2011 mission that killed Osama bin Laden.

As a former chairman of the Senate Foreign Relations Committee, Biden think he knows better than everyone else – including previous presidential administrations, military brass and the intelligence community – on how, where and when to engage in the world. As president, he finally had the chance to prove his critics wrong.
This week, Biden failed his first test on the international stage, and the ramifications are as long-lasting as they are consequential.

Biden’s ill-planned retreat from Afghanistan has undone the gains of the last 20 years, and upended the credibility of his entire presidency.
Since the shocking footage of people clinging to airplanes taking off from Kabul Airport, Biden has trotted out a litany of excuses.

He has blamed his predecessor. He has set up a false choice between “endless wars” and this week’s chaos.

He has refused to express any regrets, even in the face of reports he had ignored the recommendations of military generals.

Perhaps most damning were Biden’s own words from a month ago dismissing the “likelihood there’s going to be the Taliban overrunning everything and owning the whole country is highly unlikely” – the exact scenario that has played out.

Now, mere weeks before the 20th anniversary of the September 11 terrorist attacks that originated in Afghanistan, the Taliban flag once again flies over Kabul.

Thousands of American citizens are stranded behind enemy lines, hoping to be evacuated before “the clock runs out,” in the ominous words of Defence Secretary Lloyd Austin.
When he is not talking about ice cream flavours or Covid shots, Biden likes to boast that “America is back.”

The vague statement was the bedrock of his foreign policy for the first seven months in office. The mainstream media never really pressed for details, and Biden basked in the honeymoon glow of being anyone but Trump.

Time to fix the mess in Afghanistan, time to repair his image at home and time for voters to move on before they render judgment on his performance.