The EU’s new sanctions on Belarus following the country’s decision to forcibly land a Ryanair plane to arrest an opposition journalist will have little effect, a BBC journalist has said. Speaking on BBC Breakfast, the BBC’s Moscow Correspondent Steven Rosenberg said that Belarus’s autocratic President Alexander Lukashenko would use the sanctions to “batten down the hatches” in his country. Lukashenko has attracted international criticism following accusations of voter fraud in the Belarusian elections in August 2020 and for his subsequent crackdown of opposition parties and media.

Though the EU has enforced new economic sanctions against Belarus, Mr Rosenberg told BBC Breakfast that Mr Lukashenko was not a man likely to be deterred by these measures.

He said:  “One of Russia’s most popular newspapers put it like this: ‘to scare Lukashenko with sanctions is doomed to failure.’”

“‘They only egg him on and provoke him to do more because he’s embraced the image of a crazed hooligan.’”

He went on: “So what kind of sanctions do you have to try and make a hooligan change his ways?” 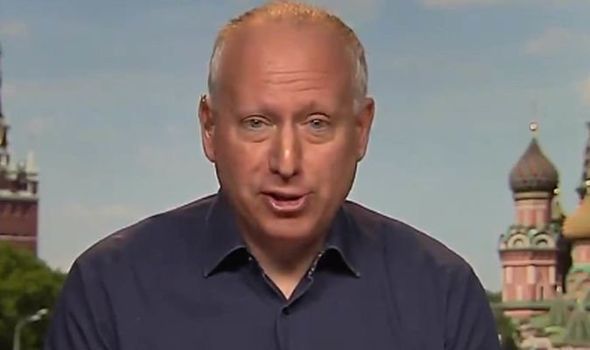 “I think that whether these latest EU sanctions work or not, I think EU leaders must have come to the conclusion that what Mr Lukashenko did was so brazen and so reckless and so dangerous in forcing that Ryanair jet to land in Minsk to arrest a political opponent, that they had to do something.”

Opposition journalist Roman Protasevich was on a Ryanair flight from Greece to Lithuania when Belarusian authorities forced the plane to land in Minsk under the pretence of an alleged bomb threat.

Mr Protasevich was arrested in Minsk, and a video of him has since been released in police custody.

The video appears to show Mr Protasevich with bruises on his forehead confessing to crimes against the Belarusian government, leading opposition groups to suggest that it was recorded under duress.

Mr Rosenberg went on to say that “There’s no doubt, I think, that Mr Lukashenko will use these latest sanctions to go to the people around him, to go to his people and to say ‘look, I told you so, the West has got it in for us!’”

“‘The West want to destroy Belarus, if not with bullets then with sanctions.’”

“To try to rally people around, he’ll use it to batten down the hatches, and as long as he has Moscow’s support I think he’ll succeed.”

Mr Lukashenko has been the President of Belarus since its founding in 1994, and enjoys the support of Vladimir Putin’s Russia. 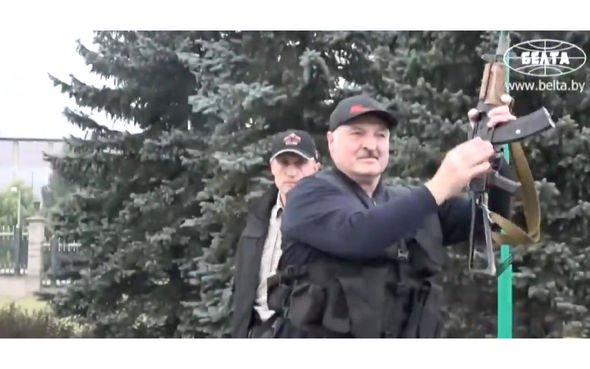 In August 2020, official figures reported that Mr Lukashenko had won the Presidential election with a vote share of 80% despite a groundswell of opposition support.

The election result was strongly contested by opposition parties, who claimed to have won with 60% of the vote, and sparked widespread anti-government protests throughout Belarus.

In response, Mr Lukashenko has imposed a crackdown on protesters, journalists, and opposition politicians.