The plan is an expensive one, but it is only partially funded. 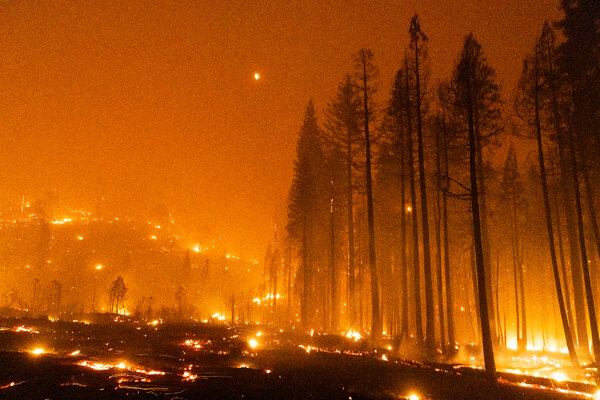 After a year that included one of the largest wildfires in California history and ended with an unseasonably late blaze that became the most destructive ever seen in Colorado, the Biden administration on Tuesday announced a 10-year, multibillion-dollar plan to reduce the fire risk on up to 50 million acres that border vulnerable communities.

The federal Agriculture Department said in a statement that it would take measures to reduce the danger of catastrophic fires in dozens of spots in 11 Western states by thinning overgrown trees and using controlled burns to get rid of dead vegetation. The plan, detailed in a report, would quadruple the government’s land treatment efforts.

“It’s the time to act,” Tom Vilsack, the agriculture secretary, said at a news briefing on Tuesday, adding that the government needed to “change the trajectory of our wildfires.”

The goal, he said, is to make forests more resilient and “fire-adaptive.”

In the past decade, the number of fires each year in the West has remained fairly consistent. What has changed is their scale.

The 2021 fire season included several extremely large fires. The Bootleg fire, which burned more than 400,000 acres in Oregon, was among the largest in the state’s history. In Northern California, the Dixie fire burned through nearly one million acres to become the second largest in state history.

In addition to California and Oregon, the agency plans to take the preventive measures on land in Arizona, Colorado, Idaho, Montana, Nevada, New Mexico, South Dakota, Utah and Washington.

Drought and extreme heat, made worse by global warming, have played a role by making forests tinder-dry and easier to burn. But many researchers say that more than a century of management policies that called for every fire to be extinguished, no matter how small, also contributed to the problem by allowing dead vegetation to accumulate and add fuel to fires.