SANTIAGO (Reuters) – A Chilean student blinded in both eyes by police rubber bullets in a protest last year appeared in public on Wednesday for the first time to rejoin anti-government protests. 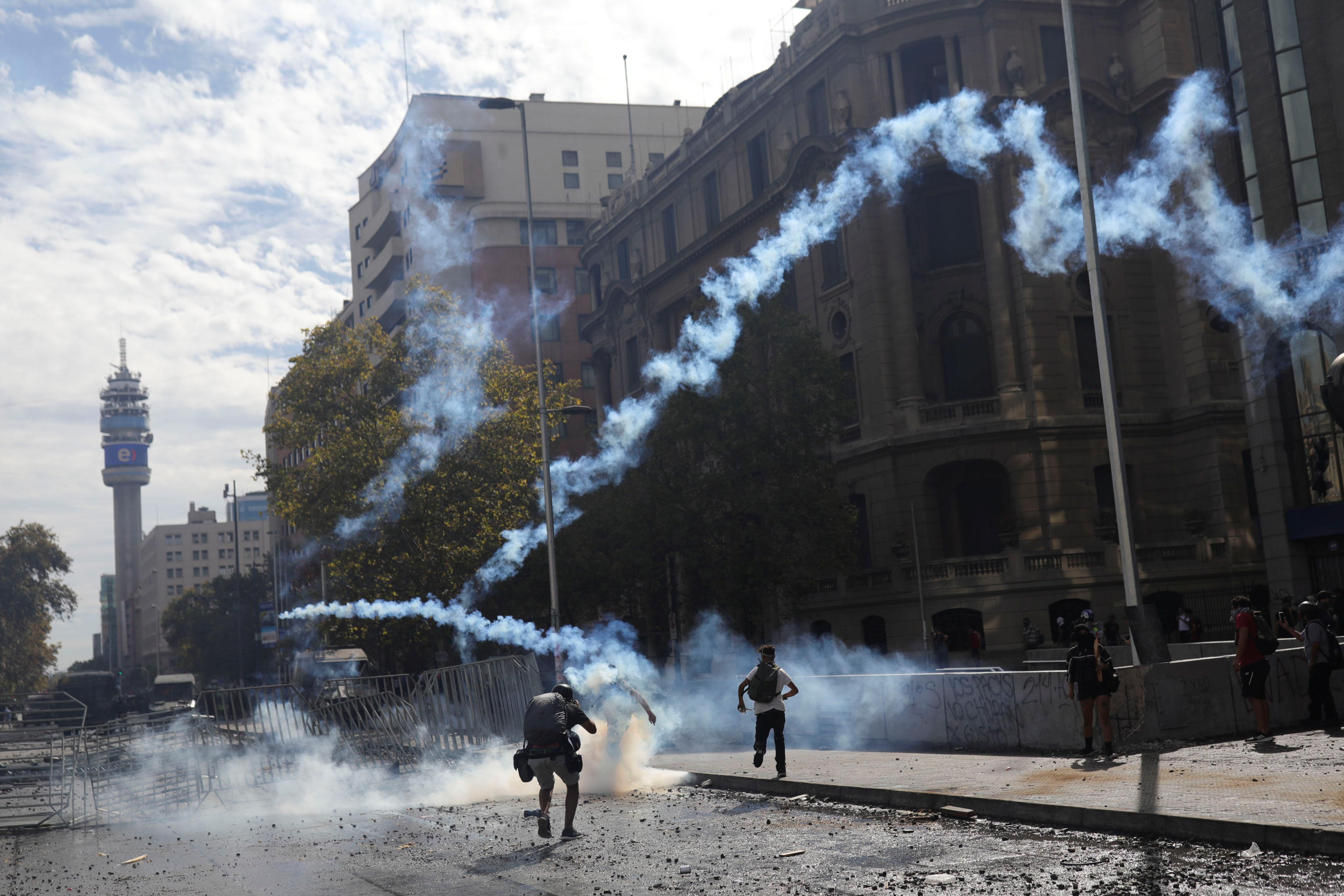 Gustavo Gatica, 22, was taking pictures of a demonstration when he was shot in the face on Nov. 8. His case became a lightning rod in Chile for fury directed at police over allegations of human rights abuses during months of demonstrations over social inequality that have left at least 31 people dead and 30,000 injured.

On Wednesday, Gatica joined high school students protesting in Santiago’s central Plaza Italia, close to where he was shot, to mark the two-year anniversary of President Sebastian Pinera’s second term in office.

Wearing dark glasses and a T-shirt with protest slogans, walking with a stick and supported by his brother Enrique, he was greeted by applause and joined in chants of: “Pinera, guilty, your hands are stained with blood.”

His appearance came after Pinera led a ceremony on Wednesday to mark 30 years since Chile’s return to democracy, and amid a day of civil disobedience by students calling for the president to leave office.

Pinera said in a speech at the presidential palace that democracy was squandered when General Augusto Pinochet – who led Chile from 1973 to 1990 – seized power through violence. He urged against substituting “intolerance for dialogue.”

Opposition leaders boycotted the ceremony, calling it inappropriate given a heavy-handed police response to protests that began last October.

#FueraPinera (Pinera Out) was the top-trending topic on Twitter in Chile as teenagers in the capital shut down at least 15 metro stations by dangling their feet over the lines, seized control of several schools and clashed with riot police who made use of tear gas.

Chile’s attorney general’s office said in January it was investigating the security forces for allegedly violating the human rights of 5,558 people since protests broke out.

New charges of police brutality resurfaced this month as protests started again with the end of the Southern Hemisphere summer holiday.

On Wednesday, Chile’s police chief General Mario Rozas told lawmakers that police had documented more than 4,000 protests since October last year. He said that among 1,144 internal abuse investigations, 83 officers had received internal sanctions. He said the officers who shot Gatica remained on the streets.

Chile’s Human Rights Institute said on Feb. 18 it had recorded 445 cases of eye injuries in the protests.