Health authorities struggling to cope and treat COVID-19 patients as virus spreads to smaller cities in the country. 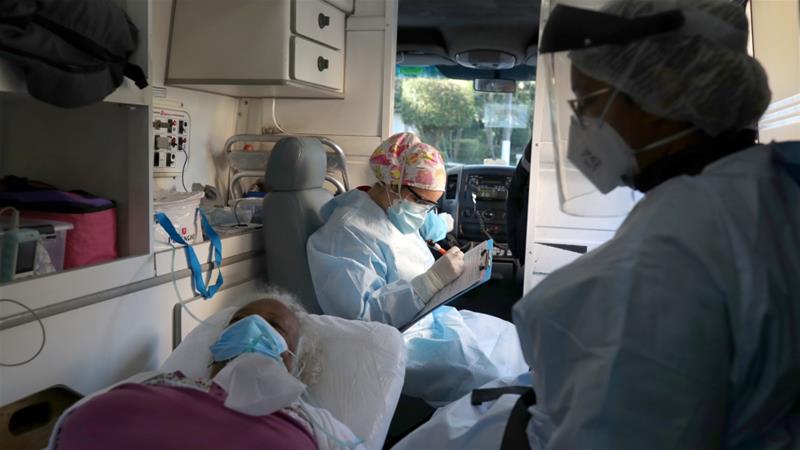 Hospitals in Brazil are struggling to cope with an influx of coronavirus patients, as confirmed cases have crossed the two million mark in the world’s second-worst hit nation by the pandemic.

More than 45,000 new infections were reported by the health ministry on Thursday, but the real figures are believed to be much higher due to insufficient testing. The overall confirmed number of coronavirus-related death stood at 76,688, also the second-highest globally behind the United States.

Even as cases wane somewhat in the biggest and hardest-hit Brazilian cities, infections are peaking in new locations across the country.

At a public hospital in the city of Campinas, northwest of Sao Paulo, a video recorded by a doctor who works at the facility showed no intensive care unit (ICU) beds available to treat COVID-19 patients.

Health officials in the city say the coronavirus has become a major public health threat.

“For around 10 days, some people had to wait to get an ICU bed. They all could get medical care, but had to wait for vacancy.”

With long queues outside the Ouro Verde public hospital in Campinas, patients were also refused to get tested.

“I came to test for COVID-19 because my father got the disease and is actually in ICU right now,” said Marcos Piccolo.

“I accompanied him in hospital and since I had flu symptoms I came to get tested but I couldn’t do it,” the Campinas resident told Al Jazeera.

President Jair Bolsonaro, who is currently in isolation after twice testing positive for the virus, has been widely criticised for not taking the country’s outbreak seriously.

The former army captain has opposed lockdown restrictions, often appeared in public to shake hands with supporters and mingle with crowds, at times without a mask, and derided the coronavirus as “a little flu”.

He has continued to tout an unproven anti-malarial drug, hydroxychloroquine, despite warnings against its use to treat coronavirus by the World Health Organization (WHO).

Experts also blame the country’s crisis on a lack of national coordination combined with scattershot responses by city and state governments, with some reopening earlier than health experts recommended.

Over the last two months, Brazil has recorded more than 30,000 daily new cases 26 times, and on 11 of those occasions there were more than 40,000 infections.

“There are probably four or five times more. The most pessimistic projections signal up to 10 times more.” 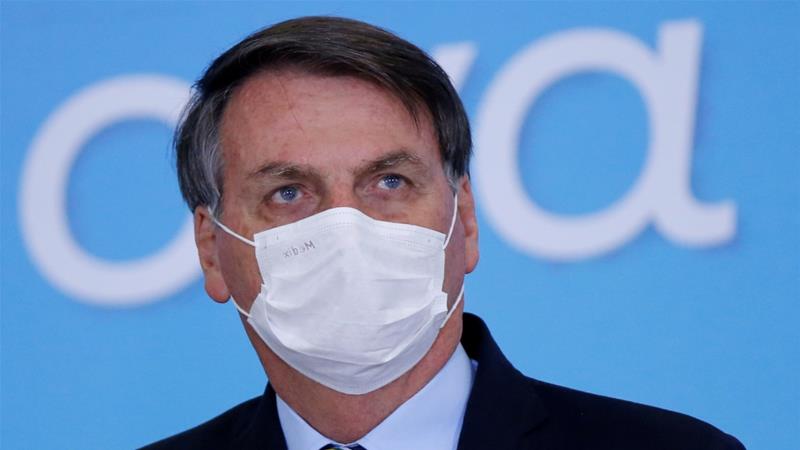 Will Brazil’s leader be forced to take the coronavirus seriously?