RIO DE JANEIRO/BRASILIA (Reuters) – Brazil’s largest state Sao Paulo will essentially shut down for two weeks to help fight the coronavirus, its governor said on Saturday, as President Jair Bolsonaro again claimed that “hysteria” over the outbreak could cause more harm than the virus itself. 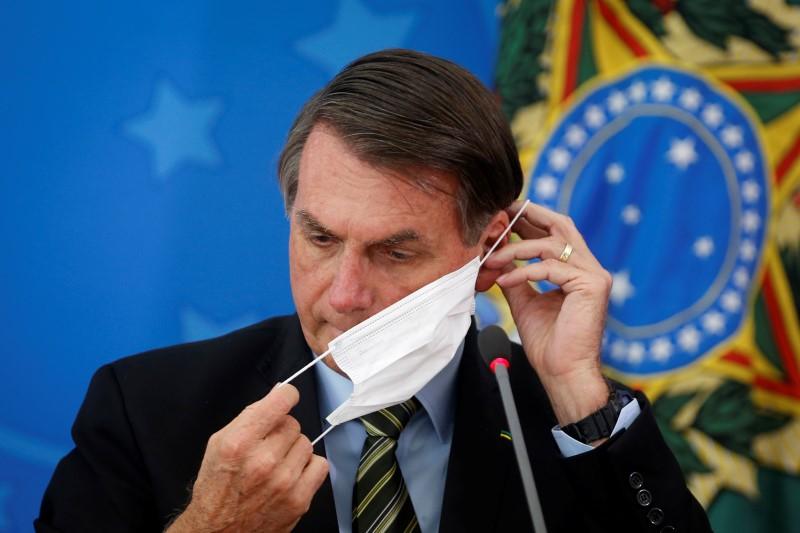 All but non-essential businesses and services, including bars and restaurants, will remain closed across the country’s most populous state, which includes its financial hub, for the duration.

Doria also said the coronavirus-related death toll in the state now stood at 15. With the state of Rio de Janeiro announcing its third death on Saturday, the total across Brazil is at least 18, up from 11 confirmed on Friday.

“This implies the obligatory closing of all non-essential business and services throughout the state,” Doria told reporters.

Sao Paulo state is home to some 46 million people and is Brazil’s industrial, business and financial engine, accounting for around a third of the nation’s economic output.

A growing number of Brazilian businesses have already moved to suspend operations and close stores indefinitely across the country.

Health ministry figures on Friday showed 904 confirmed coronavirus cases in Brazil, with the tally expected to rise above 1,000 when the next set of official figures are released.

In a TV interview aired on Friday night, Bolsonaro voiced his frustration over business and commercial closures affecting the economy and called a decision to close churches to stop the spread of coronavirus “absurd.”

“What I see in Brazil is not all, but many people taking absurd steps … closing shopping malls, there are people who want to close churches, people’s last refuge,” the right-wing former army captain said in an interview with SBT’s Programa do Ratinho.

“I don’t want to bring panic to the Brazilian population. I don’t want hysteria because it gets in the way … it hurts the economy,” he said.

Bolsonaro is under huge pressure for his handling of the crisis. His own health minister, Luiz Henrique Mandetta, has warned that the country’s fragile healthcare system could collapse as early as next month.

Approval of Bolsonaro’s government fell to a record low this week, according to an XP Investimentos poll, and Brazilians across the country have been banging pots and pans nightly in protests against him.

On top of that, Brazilian media reported that Bolsonaro attempted to call Chinese President Xi Jinping on Friday but he refused to answer.